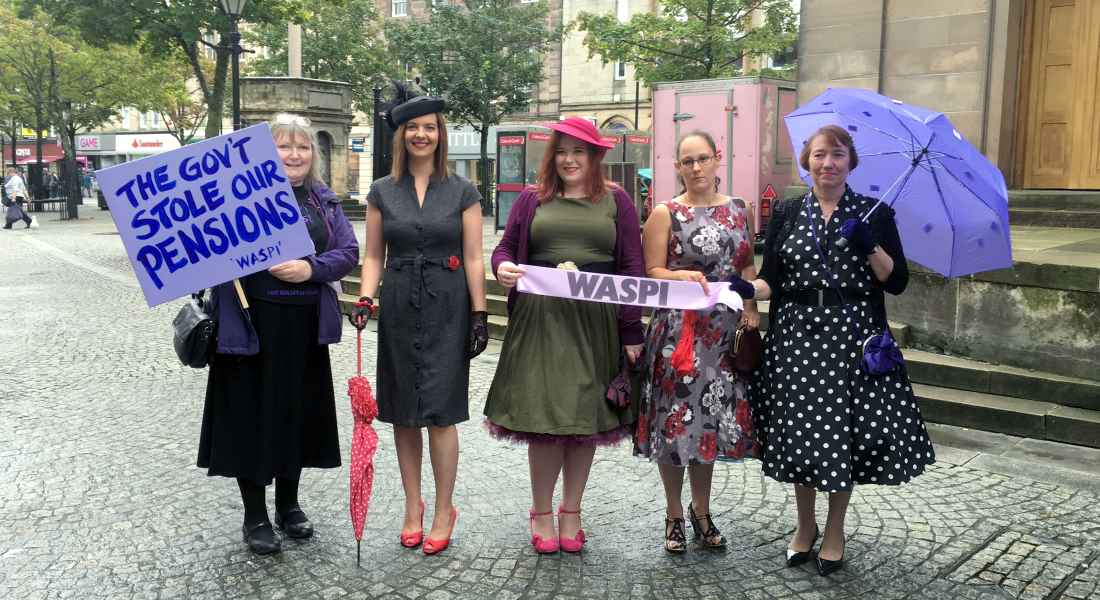 PEOPLE IN MORAY rallied behind the cause of women demanding a fair deal from the UK Government over their state pension entitlements.

A day of action throughout the country saw thousands of women affected by unfair pension changes take to the streets in protest and to raise awareness of their cause.

Many women had their retirement dates pushed back not once but twice – resulting in many finding themselves having to work an additional six years.

While the UK Government insist that in the long term women will be ‘better off’, that claim is being dismissed by those who had no real time to adjust their lives to the rapid changes.

In addition, the manner in which the changes have been forced sees the entire system almost as a birthday lottery – with those born a few days apart finding themselves months or even years apart on retirement dates.

Sheila Forbes is a Moray organiser for the WASPI (Women Against State Pension Inequality) and was joined in Elgin town centre where they were well received by the public. Sheila told insideMoray: “We had a great day with many people showing their support.

“Our petition has now almost reached 1000 signatures but most important perhaps is that there are many more people who are now fully aware of why this campaign is required in the first place.

“Earlier we visited the memorial at Clochan to the Land Girls who served our country so well during the second world war. We feel an affinity with their cause – so we are sure that they would understand our fight to gain justice from the government.”

Some 243,900 women in Scotland are affected by the pension age change from 60 to 66. The WASPI campaign was set up after UK Government legislation accelerated the timetable for the pension age by two years.

For many that meant retirement plans were ruined – often with devastating consequences. Another complaint centres on the fact that the government failed to inform many women of the changes until they were on the final stages of their retirement.