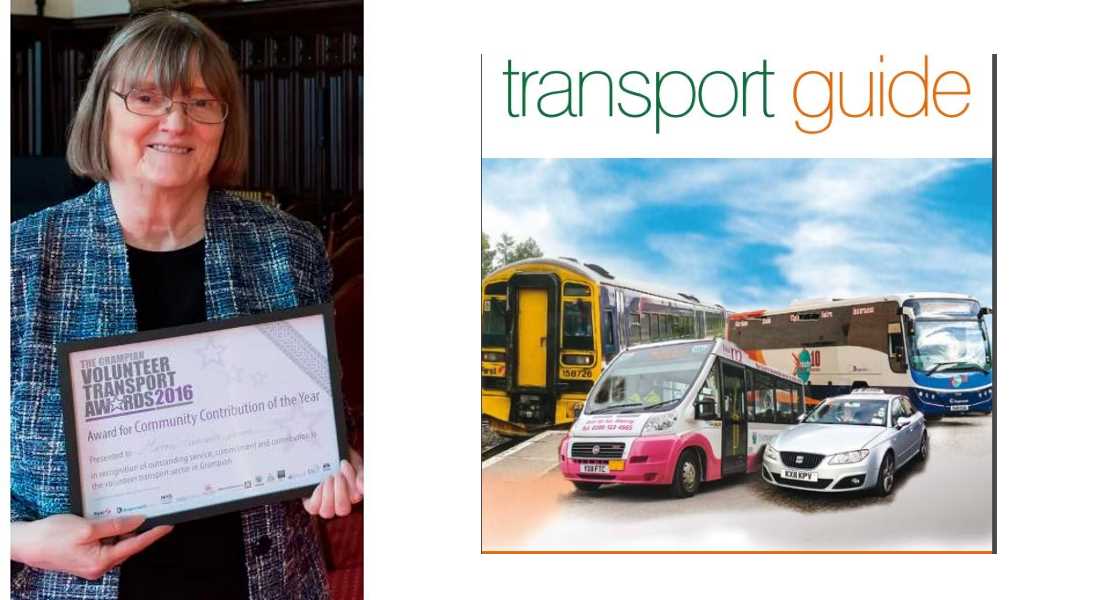 MORAY HAS CLAIMED one of the main accolades in the Grampian Volunteer Transport Awards earlier this week.

Chair of the Moray Transport Forum, Anita Milne, was presented with the ‘Community Contribution of the Year’ award, recognising her tireless efforts to promote rural transport in the region.

Anita’s nomination said: “She deserves the award for the services she gives freely and for the major improvement in community transport that the Moray Transport Forum has achieved.”

The annual awards recognise the work carried out by transport volunteers across the north-east of Scotland and are supported by all three north-east local authorities, NHS Grampian and Nestrans, among others.

One of the main achievements of the Transport Forum came in the production of a detailed Transport Guide, providing people in the region with full details on public transport options that were available to them.