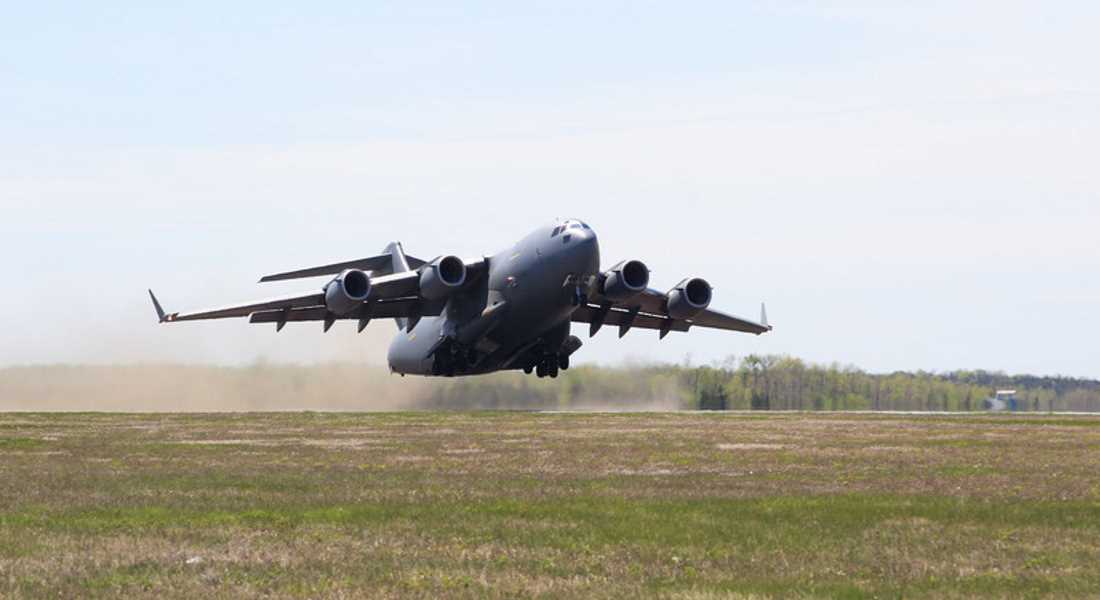 AN ADMISSION THAT Nuclear waste is being transported to the United States through RAF Lossiemouth has caused concerns amongst people living in Moray.

Official announcements over the transportation of waste from the Dounreay site in Caithness indicated that waste was being transported by air from Wick Airport to the United States.

However, local people in Moray had noted C17 Globemaster aircraft arriving and leaving RAF Lossiemouth – and then learned through media reports that these were the same aircraft operating from Wick but using Moray as a staging post.

That was because while work was done at a cost of millions to strengthen the runway at Wick to accommodate the giant transporters, the take-off distance required by a fully-loaded C17 was not long enough.

As a result, the aircraft are being loaded with less fuel at Wick to allow them to take off – and fly only as far as Lossiemouth, where they are fully loaded with fuel before heading over the Atlantic.

Now Angus Robertson has raised the concerns of his constituents over the situation that sees weapons-grade nuclear waste being flown through the Moray base.

He said: “I am very concerned about this issue. We are talking about weapons grade nuclear material being transported. Clearly with the decommissioning of Dounreay – some waste has to be transported but the risk to the public must be minimised at all times.

“Having additional landings and take-offs of aircraft with nuclear waste next to populated areas adds extra risk to the transportation of this waste and it seems that this additional risk could have been avoided if a runway extension at Wick had been carried out at the same time as the strengthening work.

“Instead there is added complexity with the extra landing and take-off required at Lossiemouth.

“Local people have rightly expressed serious concern about this activity and the UK Government needs to provide answers on how this situation has arisen and what plans they have in place for the future to prevent unnecessary aircraft movements with nuclear waste.”