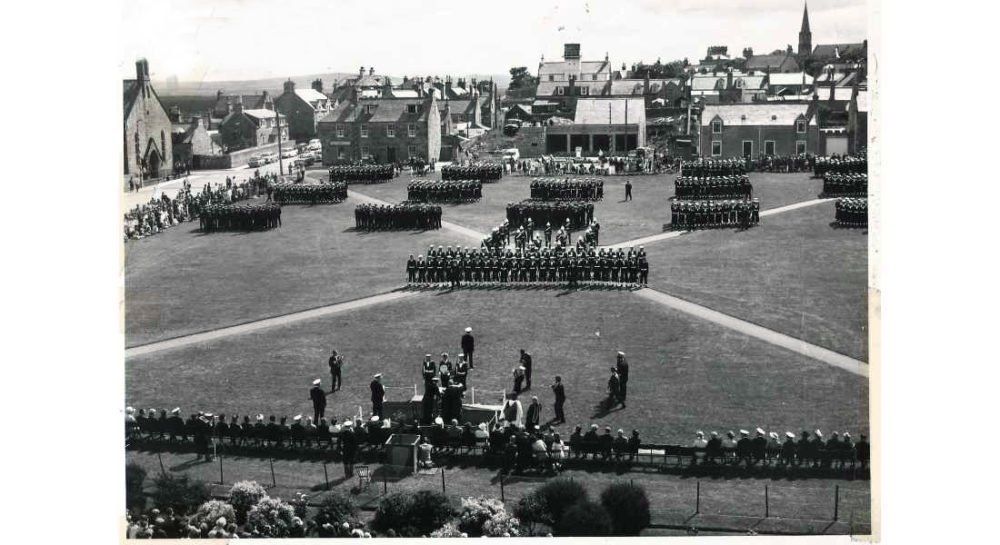 FORMER SERVICEMEN AND WOMEN who arrived in Moray to serve at the Fleet Air Arm base in Lossiemouth will be particularly interested in a new film being released this month.

Produced by local film makers Creative Visions Moray, the new production has been created over several months talking to former servicemen and women who served at HMS Fulmar, a busy and highly important naval air base before it was eventually returned to the Royal Air Force.

The resulting film is a tribute to not only the service personnel but the civilians on whose lives the base had a major impact. Many of those who found themselves being posted to Moray remained when their service careers came to an end, and to this day form a vital part of the local community.

Creative Visions is headed by Yvonne Findlay, who told insideMoray: “When producing the film Lossiemouth Northern Lights last year, I heard that the Fleet Air Arm Buccaneer Association had proposed a reunion for earlier this year.

“What began for me as the idea to film the reunion led to the filming of the return of the HMS Fulmar Bell for display at the Lossiemouth Fisheries and Community Museum at the time of the reunion. As my Father was a Veteran of HMS Fulmar and my Mother a WRN, spending time chatting to the Veterans rekindled fond memories of my childhood and my times at the HMS Fulmar.

“Therefore what was to have been a film about the Veterans Reunion developed into a tribute documentary in an attempt to capture and record those happy memories of a special and important era in Lossie’s history.

“I have felt privileged to hear from Veterans and receive photographs for the film from around the world.”

The film will be shown for the first time at the St James Church Hall on October 29 from 2pm – tickets are on sale now through the Lossiemouth Post Office (Buckley’s).