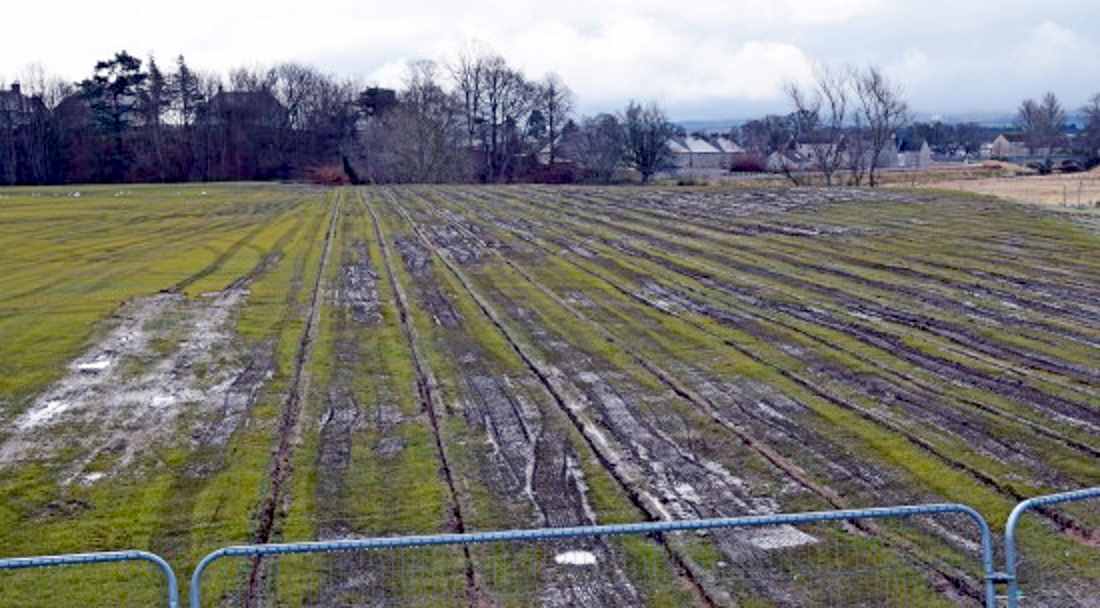 MORAY COUNCIL OFFICIALS will again attempt to force through plans to abandon any further development of the Deanshaugh playing fields in Elgin.

Last month a paper put before the children and young people’s services committee sought to restrict future use of the football pitches which have been a source of contention for ten years, since they fell out of use because of persistent flooding issues.

Councillors hit back at an official report that indicated there was no demand for more pitches in Elgin – despite the fact that for years the reason given for restoring the Deanshaugh pitches had been a lack of such facilities in the area.

Following objections from members of the committee, the matter was referred to the Full Council meeting being held on Wednesday when a new report would be presented. However, that report makes the same recommendation, that the playing fields, when completed, would be made available for use without a pavilion – effectively excluding them from being used for organised football.

The report says: “If Deanshaugh Playing Fields were available for use without a pavilion, it anticipated that there would be little demand for bookings.

“Taking this into consideration, Officers proposed the following to the Children and Young People’s Services Committee at their meeting on 14 September 2016 –

Author of the report is Graham Jarvis, head of lifelong learning and support, added: “Many of the concerns raised centred around the Committee’s perception of what was expected/promised at the end of the Elgin Flood Alleviation Works with regards to the handing over of the playing fields back to The Moray Council for care, maintenance and management.

“The provision of a changing pavilion is not mentioned in any planning application or approvals agreed by The Moray Council in relation to Deanshaugh Playing Fields or the Flood Alleviation Works.

“By the summer of 2019, it is anticipated that Elgin will have two 3G football pitches, one at Elgin High School and one at Moray Sports Centre. This will be followed by the development of a 3G pitch at the new Lossiemouth High School in 2020/21.”