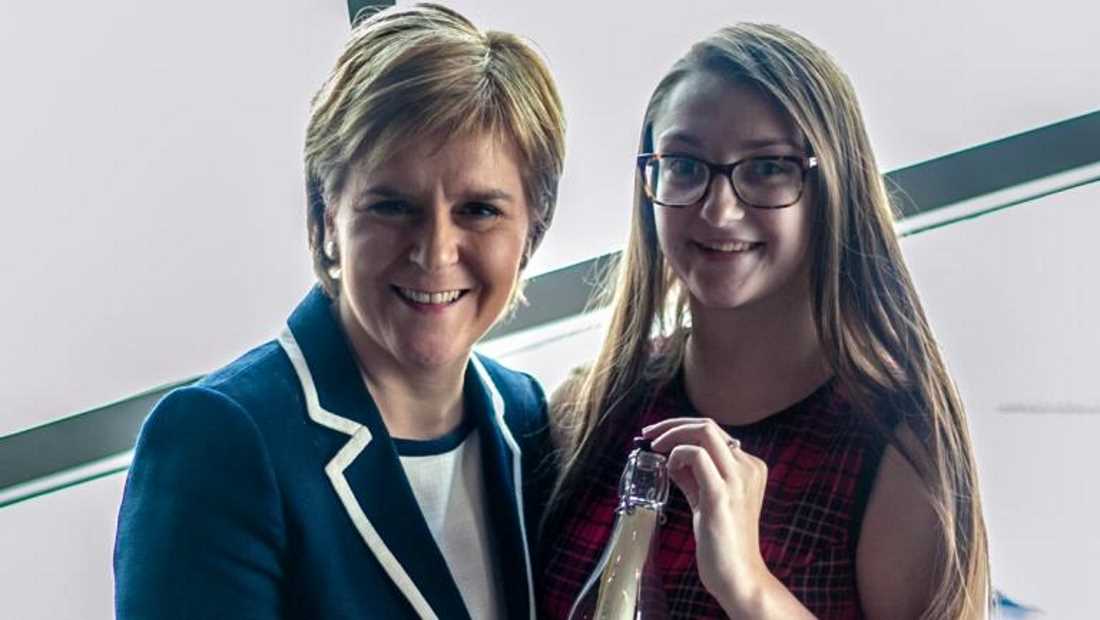 THE MORAY TEENAGER who was given a surprise trip to Iceland after her ‘message in a bottle’ washed up on a Siberian beach 15 years after it was released has had her wish to meet Nicola Sturgeon granted.

InsideMoray exclusively broke the story of Findochty teenager Emily Plant, who was contacted by a Russian scientist after the bottle she had released as a toddler was discovered 2000 miles away on the northern tip of the Yamal peninsula on Beliy Island.

The story quickly went national – although Emily remembered little of the message as she was only two-years-old at the time of its release following the Findochty Amenities Gala in 2001.

The scientist who discovered the message invited Emily to join her as a guest at the Arctic Circle Assembly in Iceland to collect her bottle – and an excited Emily also had the opportunity to meet the First Minister, who was also a guest speaker at the Reykjavik event.

And to mark the unique occasion, Ms Sturgeon presented Emily with a second handwritten message in a bottle!

Following her meeting Emily, now 17, said: “I was delighted that our First Minister not only took an interest in our story, but to hear her speak in her opening speech was fantastic.

“I am studying Modern Studies at Buckie High School and she was able to sign her picture that is displayed alongside all other world leaders.

“Her kind gift of presenting me with a handwritten message from her in a bottle will stay with me forever. It will take pride of place in my home.

“It has been overwhelming the publicity our story has created – but this was the icing on the cake.”