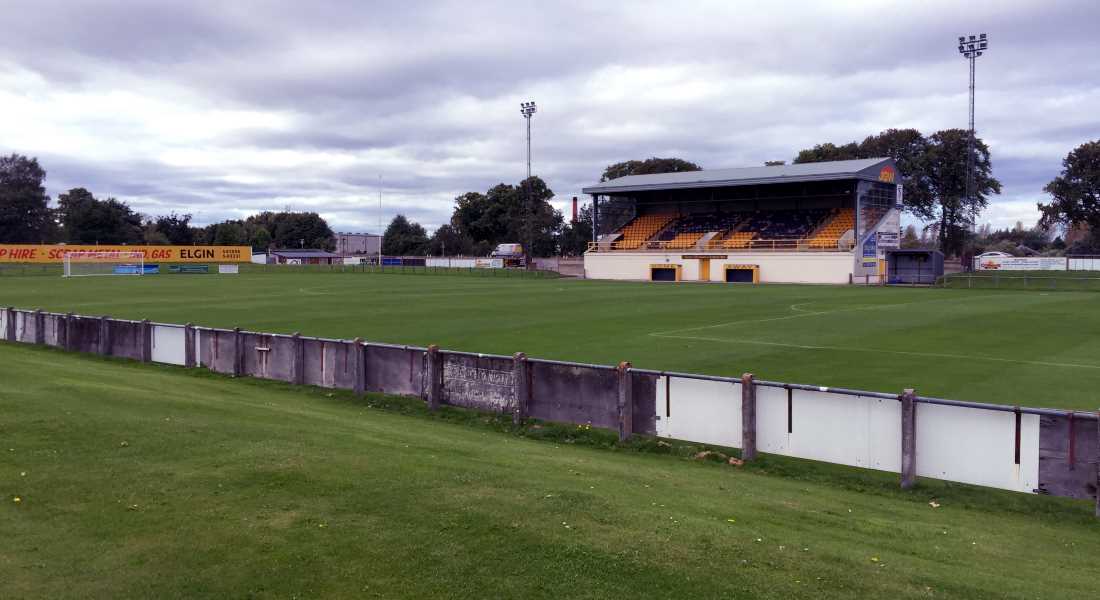 PLANS ARE BEING put in place for a community buy-out of the home of Highland League side Forres Mechanics.

Mosset Park was put under threat in recent years when a commercial bid was made to buy up Common Good land in the Moray town and build a major commercial development.

Had that gone ahead then the football ground could have been lost – which was the reason the Forres Community Leisure Ltd (FCL) was formed. FCL was created to protect the Common Good land from such developments, with the goal of securing Mosset Park for future generations.

Under a previous name – the Mosset Park Protection Company – the group secured a ‘Community Right to Buy’ for Mosset Park in 2012. That move was made to prevent the land being sold to developers without any provision being put in place for the future of the football club.

Ultimately, Moray Council decided they would not allow the commercial development to proceed – and now, with that threat removed, FCL are seeking a Community Asset Transfer of the Common Good land – including Mosset Park.

It has emerged that FCL submitted an expression of interest in the land with Moray Council in September – and if that is accepted then they hope now to begin the formal application process. Ahead of that they are consulting with local groups to whom they will present their plans and obtain feedback – with input also being gathered from the Forres 2020 consultation process.

FCL has also said they have an agreement with Forres Mechanics that the club would transfer their assets to the community organisation in return for “long term security of tenure, creating a truly community owned facility”.

Ownership of the land and assets will allow FCL to seek funding to enhance and further develop the existing facilities and to establish new leisure facilities for the use of the wider community.

Don Wright, Chairman of Forres Community Leisure said: “Having submitted an Expression of Interest to Moray Council for a Community Asset Transfer we are very keen to seek the views of interested parties.

“We truly believe in preserving Common Good land for the good of the community and we intend to develop our plans with the full involvement of the community. Initial indications suggest there is a lot of support both for a community facility and for improving the existing stadium at Mosset Park.”

“For our club it will mean transferring ownership of our assets at Mosset Park to allow them to be developed and made available to others in the community.

“Operating under the threat of eviction from the two-year termination clause in our lease with Moray Council has really hampered the planning and development of the club and its facilities. We are looking forward to working with FCL to establish a first class community facility.”