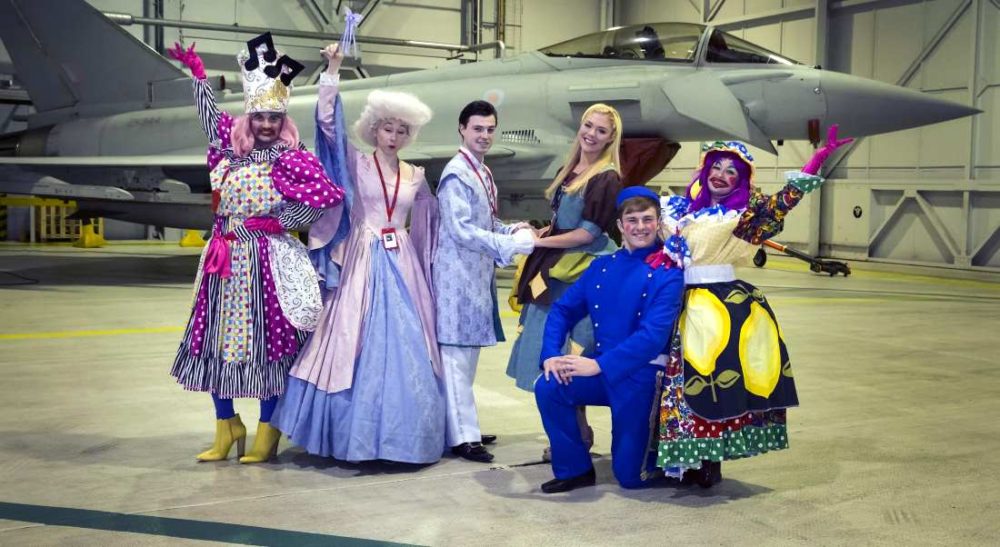 OH YES IT WAS fun for all beside the Typhoons at RAF Lossiemouth recently when the panto arrived to entertain the troops and their families.

The base was host to a ‘pop-up panto’ on Monday when the Panto Bus Touring Company put on a special performance of Cinderella.

In what is almost a nod in the direction of wartime touring parties provided by ENSA, the touring company is funded by the British Forces Foundation, a charity that provides entertainment to members of all three services and their families.

OC Base Support Wing at RAF Lossiemouth, Dan Lunnon-Wood, attended the panto with his two children – and, as is the tradition, he was ‘encoraged’ to join the cast for a dance or two.

Dan said: “Whilst the Pantomime is one of the seasonal highlights for our Station families, we are especially aware of our personnel that are deployed overseas at this time of year.

“Events such as this are a great way to bring everyone together, particularly the families of those deployed, to promote our wider community spirit and support.”