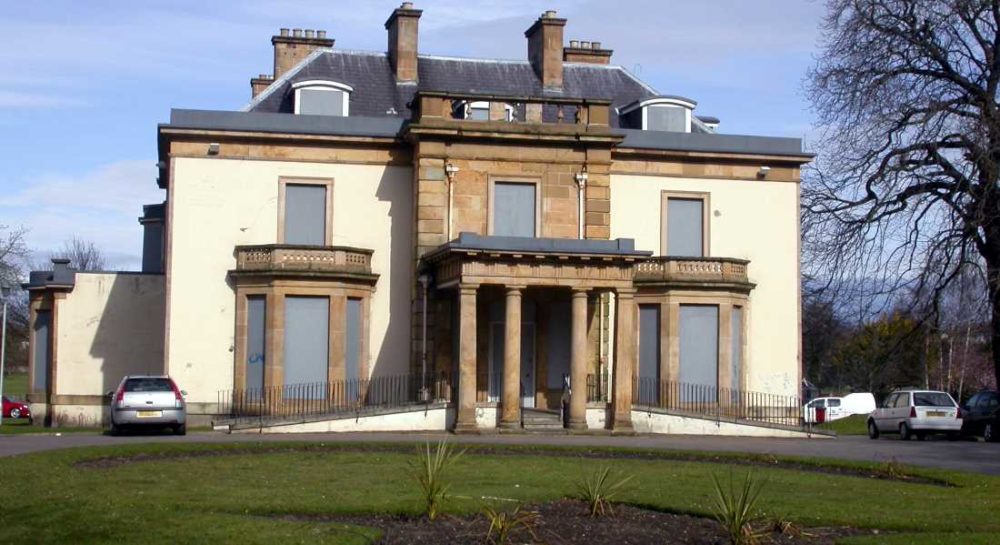 CAMPAIGNERS ARE SET to redouble their efforts to ensure that a major Moray landmark is not forgotten in the drive to promote Elgin as a tourism destination.

Sitting on the main route of the much-lauded Castle to Cathedral to Cashmere heritage experience is Grant Lodge – rich in local history but largely abandoned as successive Moray councils side-stepped taking any real action to restore it.

A prominent member of the Friends of Grant Lodge group is Stuart Huyton: “What a sad state of affairs it is that the only remaining building in Moray designed by Robert Adam, one of the most important British architects working in the Neo-classical style, has been left boarded up since it went on fire over thirteen years ago.

“Adam was a leader of the first phase of the classical revival in England and Scotland and he influenced the development of Western architecture, both in Europe and in North America. A building of such historical importance as Grant Lodge is therefore eminently deserving of preservation – and, unfortunately, the Trustees are not minded to do anything to remedy the situation.”

The Trustees in the case of Grant Lodge is the Moray Council, who Mr Huyton said have “systematically failed” in their duty of care towards the building that was gifted along with its grounds to the community of Elgin by George Cooper in 1903.

Mr Huyton added: “After the gift the grounds became Cooper Park and Grant Lodge became the library. The park is still in use, despite having been used as a dumping ground for the flood alleviation works spoils – they were disguised as an amphitheatre and dumped just in front of the Lodge. This ridiculous structure is now causing drainage issues of its own.

“Grant Lodge was used by generations of adults and children when it was the library, but this use came to an untimely end when in 1996, after years of neglect to the fabric, resulting in untreated structural weakness, damp, woodworm etc., the library was moved to the old TA Drill Hall.

“The lodge was reprieved for a short while when it became a local heritage centre with 14,000 books, pamphlets, local newspapers, genealogical records, maps, photographs, architect plans and some archival material. This only lasted until 2003 when it went on fire, as these buildings tend to do.”

Since then the building has been boarded up and left to deteriorate.

Since the formation in recent years of the Friends of Grant Lodge, a series of half-promises have been made and not kept, including an intervention by former First Minister Alex Salmond.

All have come to nothing – still the Lodge stands unoccupied, but not entirely forgotten – at least by the group determined to find a way through the financial difficulties and political intransigence.

Mr Huyton said: “Various plans and feasibility studies over the intervening years identified potential uses and there was even a fully costed development, incorporating registrar, function room, heritage centre and purpose-built archive. The plan was ready to go and the funding had been secured – when the Moray Council backed out.”

Friends of Grant Lodge are to hold their AGM in the Elgin Museum Hall on Wednesday, December 7 at 7pm, when they hope to welcome all current and former members as well as those from the general public who wish to express their views on the plight of the landmark.

Mr Huyton added: “There will be an intermission where light refreshments and a glass of wine will be served and there will also be an opportunity to view recent photographs taken inside the Lodge.”