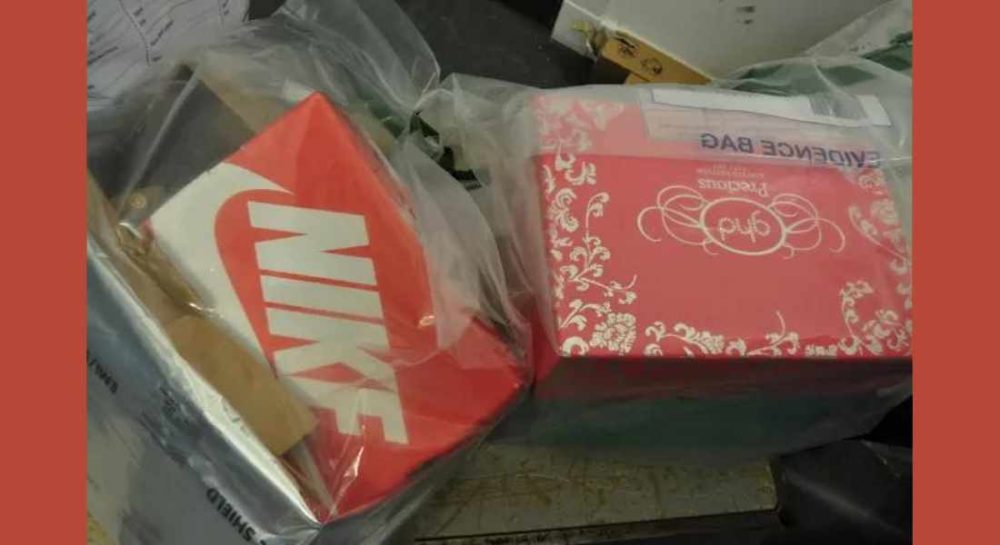 POLICE AND TRADING STANDARDS in Moray have cracked down on another online scam operation where fake goods were being sold through a social media site.

Allegedly counterfeit goods were seized in the joint operation that followed reports of sales being made through a ‘secret’ Facebook group.

In a raid on Moray premises this week clothes, footwear and electrical goods were recovered along with records that indicated a “substantial” level of sales having been made.

Trading Standards in Moray were behind two previous raids in Moray that resulted in successful prosecutions for similar social media operations. Throughout the UK large numbers of counterfeit and potentially dangers goods are being offered in this manner.

Sellers often believe that they can legally sell such goods provided they bill them as ‘replicas’ or ‘copies’ – however, selling fake branded goods is always illegal.

“Recently the trade has gone underground using closed and secret online selling groups to evade detection. But illegal sellers attempting to avoid the attention of trading standards by using secret groups are likely to be disappointed.”

Trading standards are asking the local community to help keep Moray ‘fake free’ and shoppers are advised to purchase only from reputable sources.

Anyone with concerns about counterfeit goods should call 03454 040506 or email trading.standards@moray.gov.uk or report anonymously to Crimestoppers on 0800 555111.