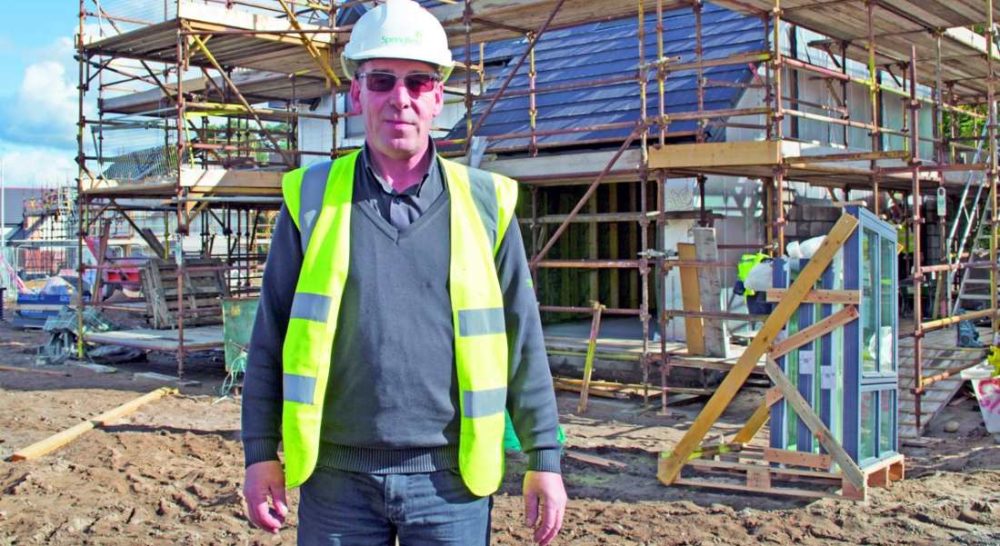 A MAJOR HOUSING DEVELOPMENT in Moray has been named as the best large development of the year at an industry awards event.

Springfield Properties have won the award for Duncansfield in Elgin, where the company has created two, three and four bedroom homes on the edge of the town.

The site manager at the development, Victor Grant, was also recognised at the awards, scooping the UK Site Manager of the Year accolade. The 55-year-old has been with Springfield for 23 years and is originally a joiner by trade.

As well as being popular with the judges, the development has been highly sought after by prospective homeowners with only two properties still on the market. In a semi-rural area, the curving streets and highly energy efficient, contemporary-styled houses have attracted buyers from all ages and stages.

Springfield Properties Managing Director, Innes Smith, said: “Our Duncansfield development consistently gets high scores in our customer satisfaction surveys and has sold well since it went on the market a few years ago with only a few sites remaining to sell. It’s fantastic to be recognised at a national level.

“We are equally proud that one of our site manager’s work has been celebrated. This award has confirmed what we already knew about Victor; he’s exceptionally hard working, and looks after our customers first and foremost which is really important for us at Springfield.”

Victor Grant said: “Duncansfield is a fantastic site. I’m so pleased it’s won the Large Development Award and to have it coupled with being voted Site Manager of the Year is a true privilege.

“I’m fortunate enough to work with a great team and reliable subcontractors on site at Duncansfield. These awards are not just for me but for everyone at Springfield who have worked on the project who have helped create such a great place to live.”

To find out more about Springfield Properties, please visit www.springfield.co.uk.