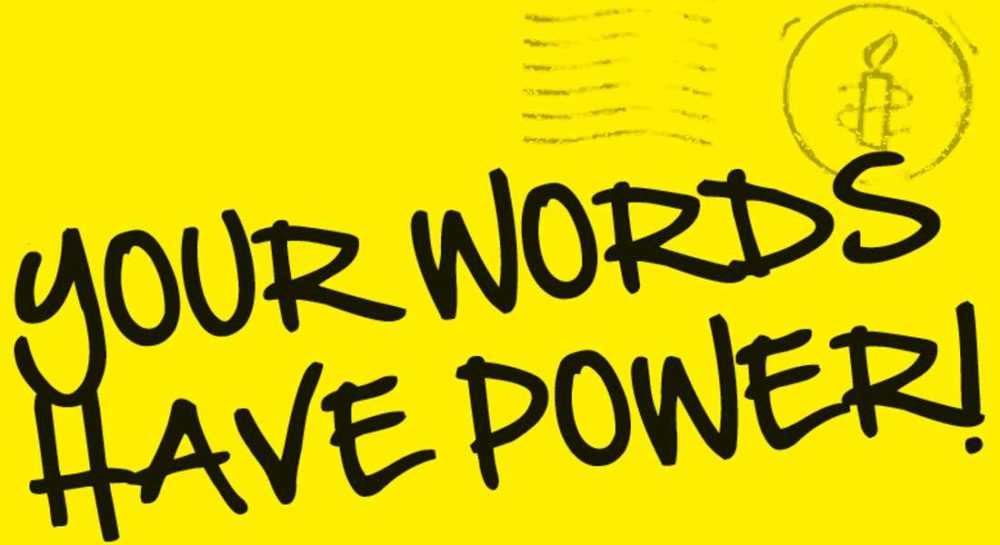 STUDENTS AT MORAY College are set to join over 200 nations around the globe in supporting Amnesty International’s annual letter writing campaign, Write for Rights.

Moray residents are being encouraged to join students through writing a letter or sending a card of support and encouragement to men and women around the world whose human rights and freedoms have been denied.

Write for Rights goes back to the roots of Amnesty, which began campaigning with supporters writing letters of support to those affected by human rights abuses, as well as letters of concern to governments globally.

A spokesman said: “Since its inception, Amnesty’s Write for Rights has been phenomenally successful. People who were unfairly imprisoned have been freed; human rights defenders who have been threatened and harassed by authorities have been able to live freely without intimidation, and forced evictions have been halted.

“Sending a message of support to those whose rights are being abused and also to the authorities on that person’s behalf is so powerful.

“Imagine drowning in thousands of letters of encouragement and solidarity – in fact, imagine the officials who will see and deliver thousands of cards to the victims and their families. The effect on both of them is priceless.

“It shows the authorities that that individual is not alone and that all over the world thousands of people are standing up with them, and for them.”

Amnesty reports successes as a result of previous letter writing campaigns – such as last year when thousands wrote messages of support for Albert Woodfox, the longest serving isolated prisoner in the United States. Mr Woodfox spent 43 years in solitary confinement – in February of this year he was finally freed.

People featured in this year’s campaign include Fomoseh Ivo Feh, a young man in Cameroon, who faces 20 years in prison for forwarding a sarcastic text message, and Máxima Acuña, a subsistence farmer in Peru, who is standing up to intimidation and threats of forced eviction.

Also featured is a photojournalist in Egypt called Shawkan, who was beaten, arrested and has been held without trial for three years for taking photos at a demonstration in Cairo, and British-Iranian charity worker Nazanin Zaghari-Ratcliffe, arrested in April this year at Tehran airport as she was about to board a return flight to London with her 22-month-old daughter Gabriella.

She has reportedly been sentenced to five years in jail on unspecified “national security charges” after a short trial.

Science lecturer at Moray College UHI, Katy O’Connor, said: “This is likely to be one of the most important letters you’ll ever write – someone’s life may depend on it.”

The campaign at Moray College will take place over three days from Monday, December 19.

For more information on Write for Rights visit www.amnesty.org.uk/write