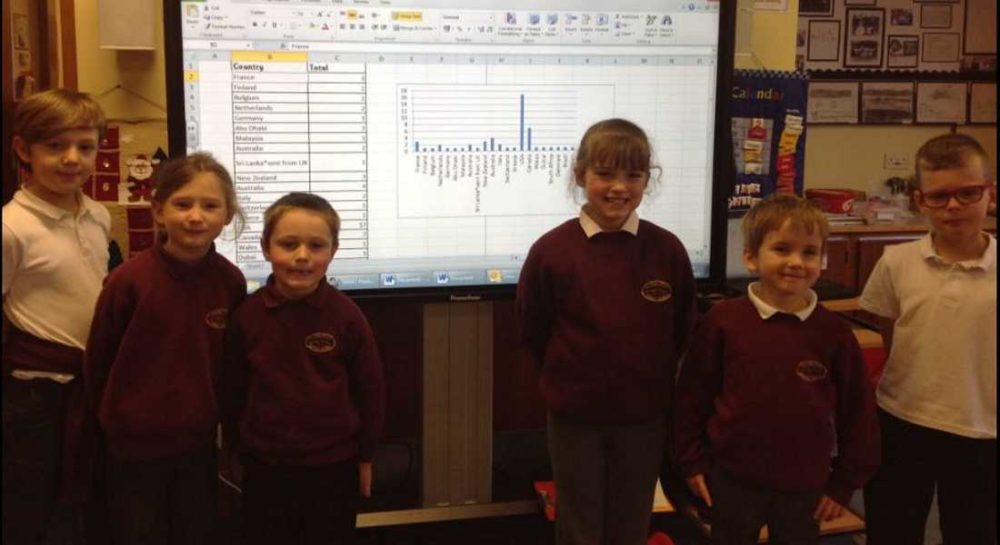 THEY MAY ATTEND one of the smallest primary schools in Moray – but pupils at Glenlivet have been batting well above average thanks to their use of Social Media.

The 15 pupils attending the school took to Twitter where they asked people throughout the world to send them a Christmas Card.

Now pupils, staff and parents have been left stunned by the response as their postbag has been growing on a daily basis with cards arriving from every corner of the planet – and with each is a lesson to learn on different cultures and lifestyles.

The Twitter message was first posted in the middle of November and included the plea “please write these in your native language and we will have a go at translating them”.

Cards so far have arrived from such as the United States, Canada, Australia, New Zealand, Belgium, Greece and Malaysia – and still they keep on coming. Class teacher Alison Johnston said: “There is great excitement in the classroom when the postman arrives with more cards every day. The children are developing their knowledge of geography, time zones, seasons and comparing Christmas traditions.

“As well as cards they have been receiving photographs, letters, stories, recipes, a story about Christmas in Australia and some sand from a bay in California. They have even had a tree planted in their name in North Carolina.”

Now the kids are working on a country-themed Advent Calendar, learning about a different country each day in the build-up to Christmas.

She said: “This particular project has provided an excellent opportunity for the children to learn about the power of social media and the internet and how quickly messages can spread across the internet.”

Updates on the project can be found at https://twitter.com/glenlivetps