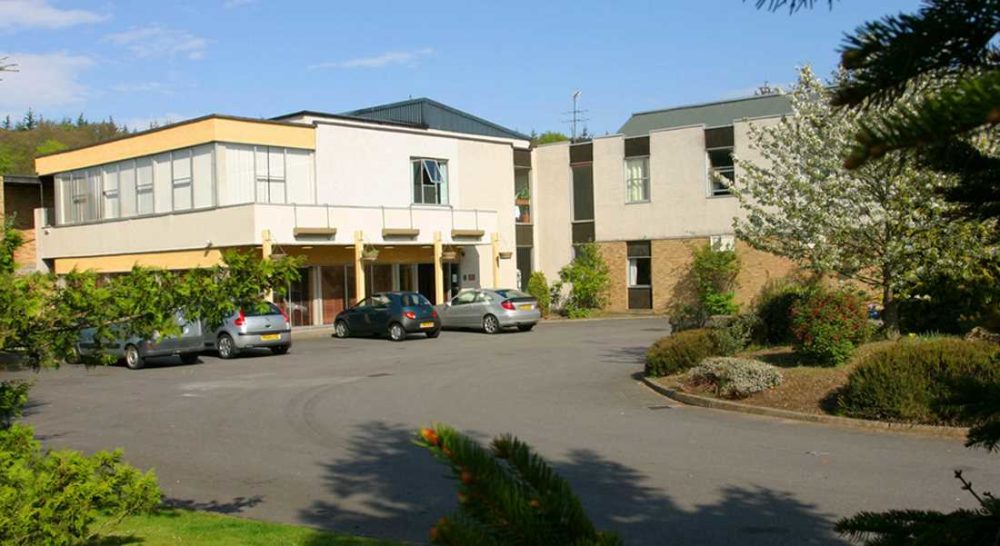 A CHARITY THAT supports children suffering from a rare brain cancer has been awarded a grant of £20,000 from the owners of the Eight Acres Hotel and Leisure Club in Elgin and Craiglynne Hotel in Grantown on Spey.

The Crerar Hotels Trust announced the grant on Thursday for the ‘Funding Neuro’ charity, who will use the grant to support a clinical trial into new treatment for the highly aggressive brain tumour Diffuse Intrinsic Pontine Glioma (DIPG).

DIPG is a brain cancer mostly affecting children between the ages of six to 10 and has been considered untreatable. After diagnosis, a child’s average life expectancy is just nine months – no child has ever survived DIPG.

However, Professor Steven Gill has devised a method of treating DIPG by surgically implanting a micro-catheter into the brain which delivers drugs directly into the tumour, known as Convection Enhanced Delivery (CED).

He is currently treating a group of youngsters on compassionate grounds with stunning results: average life expectancy has doubled from nine to 18 months and a number of children’s tumours have dramatically shrunk.

Crerar Hotels operate 14 hotels and inns across the UK, of which 13 are based in Scotland. Uniquely, up to 50% of the group’s distributable profits are donated to charities operating within areas where Crerar Hotels are based.

The Trust, which is chaired by Paddy Crerar, has awarded £7million in grants to over 400 organisations over the last 16 years.

The Crerar Hotels Trust meets twice a year to award grants, with application periods closing on 1 April and 1 October, respectively. In this current funding round, £315,652 of grants were awarded to 40 organisations.

Paddy Crerar, Chairman of The Crerar Hotels Trust and Chief Executive of Crerar Hotels, said: “We are delighted to have made this award to Funding Neuro and look forward to hearing how this funding helps impact their work.

“Crerar Hotels is committed to giving back to the local community to help it grow and thrive and provide opportunities that may otherwise seem out of reach. For every stay our customers have with us they are supporting others who really need it.

“It is great for our folk in the hotels to see their hard work and efforts helping people in their own communities as well as those throughout the whole of Scotland and Yorkshire.”

Sharon Kane, Chief Executive Officer of Funding Neuro adds: “Professor Gill has achieved results in his compassionate treatment of youngsters with DIPG which lead us to believe that, after 40 years without real progress, we may soon have a viable new treatment for this devastating cancer.

“Our clinical trial – in which eighteen children will receive treatment – aims to prove that this is the case. With the foresight and generosity of supporters like The Crerar Hotels Trust, we can offer real hope to families who have previously had none. We simply cannot thank The Crerar Hotels Trust enough.”