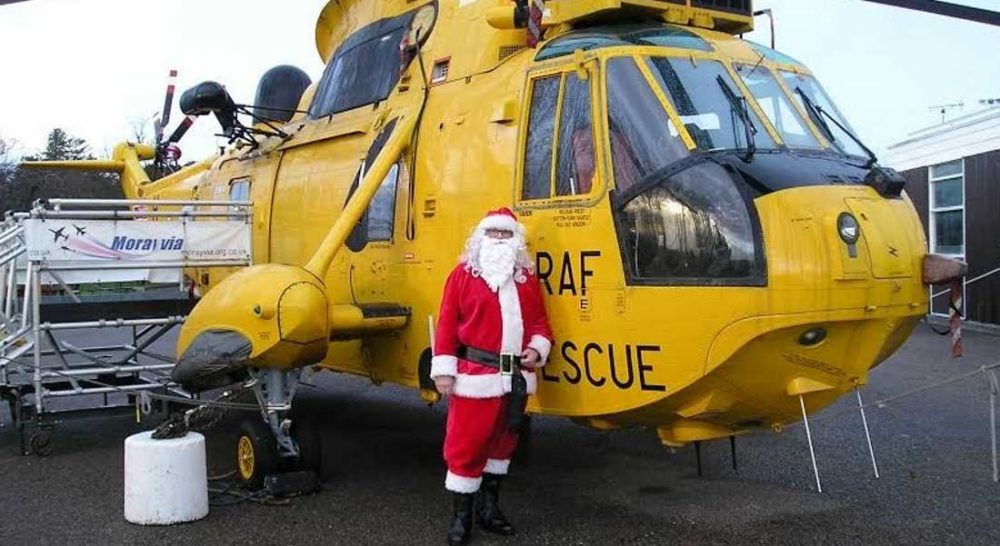 HOURS BEFORE SETTING out on his world-wide travels there remained a major job to be undertaken by Santa Claus.

The man in red flew in to the Children’s Ward at Dr Gray’s Hospital after he was made aware by local Science and Aviation group Morayvia that some Moray children would be spending Christmas Day in the ward.

So a visit was arranged by Morayvia’s chairman Mark Mair, who had contacted nursing staff offering to set up an early visit by his old friend from the North Pole.

A suitable landing spot was found for the big man that had to be instantly recognisable – and having made several visits in Moray on board the iconic Sea King rescue helicopter, that appeared to be the perfect spot.

So Santa made a bee-line, or perhaps that should be reindeer-line, for the hospital – accompanied by willing helper Diane Mair, who said: “It was a pleasure to watch the children’s reaction when Santa strolled in with presents for all six who are in the ward this Christmas.”

Mark added: “The work of our nurses, doctors, paramedics and drivers – indeed all the staff at Dr Gray’s who are on duty this Christmas – should never, ever be forgotten. They make many sacrifices during the festive season, a time like all of us they will wish to celebrate with their own families.”

After a quick photo-shoot in front of his ‘other’ favourite flying machine, it was back on the sleigh and his annual task to bring smiles to children all over the world.

A very Merry Christmas to all from Morayvia – and, of course, from your community news service, insideMoray.