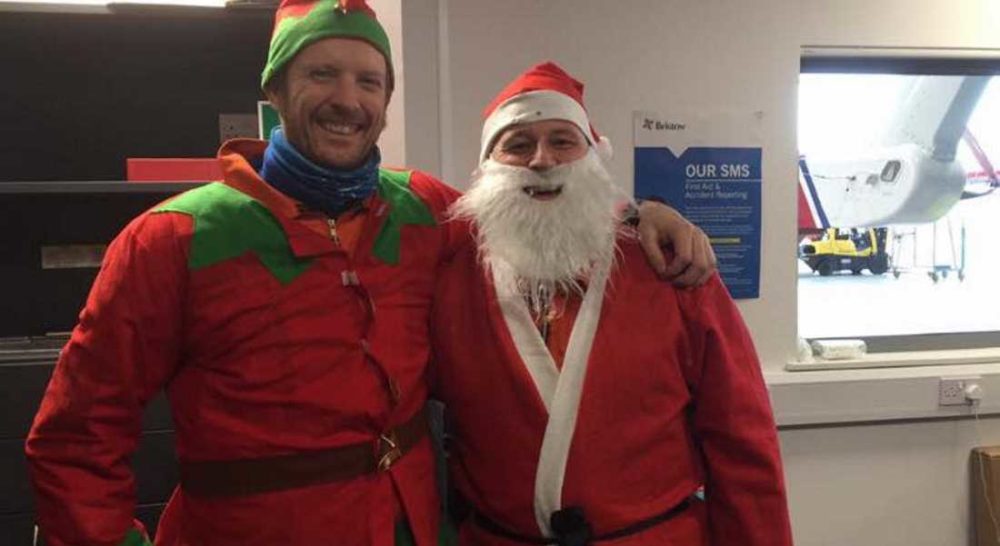 COMMUNITIES THROUGHOUT MORAY were thrilled by a special flyover from on-duty Coastguard flyers on Christmas Day.

The Inverness-based helicopter was flew low and hovered over communities around the region – and the sharp-eyed drawn from their homes to look up were able to catch a glimpse of Santa waving from an open door.

The ‘grand tour’ over communities began at Inverness before moving east, flying over several communities along the way before visiting several in Moray including Elgin and Lossiemouth.

“It was fantastic – we were just out walking and at first thought the helicopter was on a rescue mission,” Grant Simpson said in a Christmas Day message to insideMoray, adding: “Then my wee boy squealed ‘it’s Santa!’.

“I agreed with him without really seeing what he had saw – but later I spotted the image on the insideMoray Facebook page and realised the wee man clearly has better eyesight than his dad!”

HM Coastguard Highland revealed that two crew members decided to dress up as Santa and one of his Elf’s and turn the training exercise into a bit of excitement for kids all along the Moray Firth.