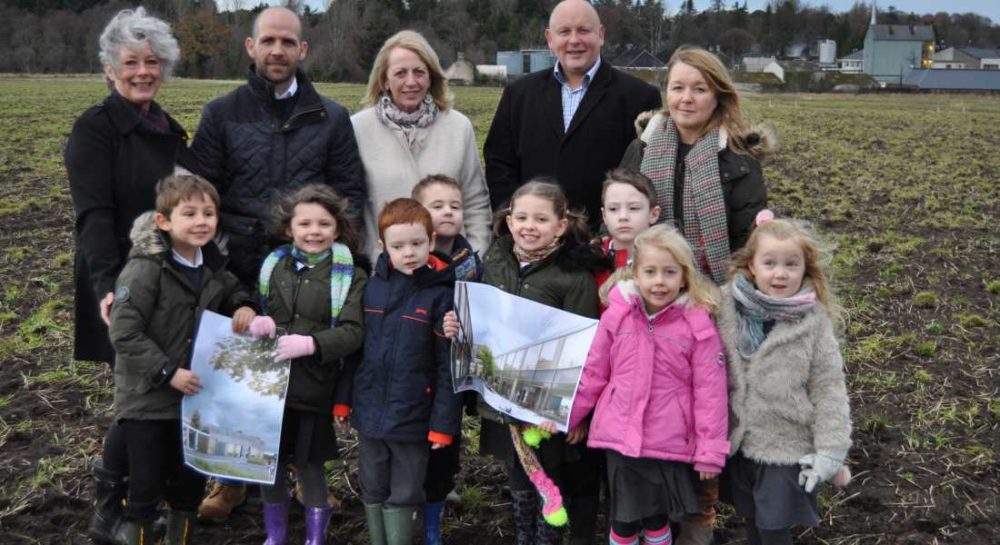 PLANS FOR MORAY’S newest primary school have been released – with the its first pupils given a preview on the site where Linkwood Primary School will be in 2018.

The £12million project will get under way early in the new year with completion expected the following summer – and by the time its first pupils are ready to move on to secondary education, they will be introduced to another new school with Elgin High set to be completed in August next year.

Mary Smith is the school’s head teach, currently in charge of her pupils at their temporary accommodation at the annexe of East End Primary.

She is looking forward to taking full advantage of the latest facilities and technology at the new school, saying: “We’re doing fine in the annexe building at this stage, but when the new school is ready it’s going to be a fabulous opportunity for our young people,” she said.

“They were very keen to see where the new school will be, so now the design has been agreed we will all be able to visualise how it will look on site.”

The school’s badge has already been designed reflecting the local area and a new Linkwood Primary uniform is being created. Graphic representations of the school have been produced by architects JM Architecture, who have also produced a 3-D printout of how the building will look – these will be on display at a parent’s open morning today (Thursday) and also a parent information evening at the school on January 12.

The proposal to establish a new primary school was the subject of wide-ranging consultation earlier this year when 91% of those who responded were in favour.

She said: “Children attending this new school will be learning in a modern environment with the latest technology. Once enrolled they will automatically transfer to a similar environment at the Elgin High School at the completion of their primary education.

“Their experience of school will be the very best available, and I’m delighted this council will have delivered that.”