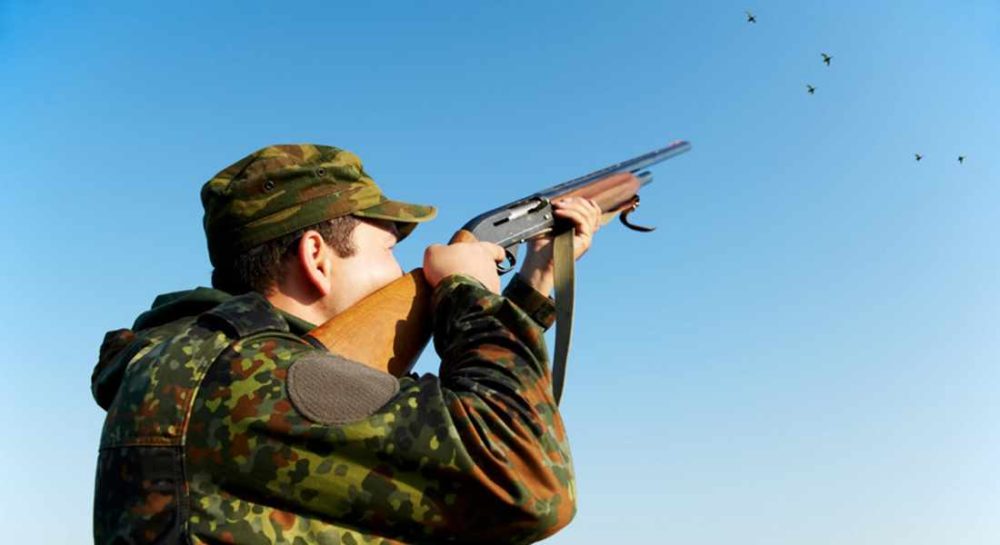 THE WILDFOWLING COMMUNITY and local environmentalist came together with local political leaders this week for renewed talks on finding a solution to future use of the Findhorn Bay Nature Reserve.

It is hoped that talks will bring to an end months of wrangling and heated confrontations from both sides of the debate over if shooting should be allowed to continue in the area.

Following the talks representatives from the anti-wildfowling Friends of Findhorn Bay group said that they spoke for the many local residents in Findhorn, Kinloss and Forres who believed unregulated shooting should not be permitted in the nature reserve.

However, they insisted that while their first preference may be a complete ban on wildfowling at Findhorn, they remained open to a compromise solution.

Attending the meeting for Friends of Findhorn Bay was Lisa Mead from Findhorn and Forres resident Gelda MacGregor, who said they went to the meeting hoping it would bring forward a “realistic shared vision” for Findhorn Bay.

That, they said, should include a solution that would see the number of permitted shooting days reduced, a significant reduction in the number of shooters through a permit system and a limit to the areas where shooting is permitted.

They also sought a commitment that no shooting would take place within 400m of residential homes and the introduction of a system that made it possible for everyone to enjoy parts of the Bay without having to be concerned over their personal safety.

The meeting, chaired by Roy Dennis from the Findhorn Bay Nature Reserve, was also attended by representatives from four shooting groups – two local clubs and representatives from the national BASC and SACS organisations – as well as the head of Direct Services at Moray Council, Stephen Cooper, Alisdair Mceachan, the head of Legal Services at the local authority, and local Councillors Anne Skene and Lorna Cresswell.

Following the meeting Lisa Mead said: “The number of shooters is very small compared to the local population as a whole, but the presence of people with shotguns on the Bay actively inhibits and discourages the many other peaceful pastimes and pursuits that people could be enjoying there.

“It also prevents the development of autumn and winter wildlife tourism in the area. This imbalance cannot continue.

“In particular, the current situation makes large areas of the bay near Kinloss a no-go area for local families and children, a situation that surely can’t be considered desirable by any of the groups involved.

“Friends of Findhorn Bay as a group, and as local people who care deeply about the bay, are fully behind Mr Dennis’ efforts. Unfortunately, it was clear from the meeting that any meaningful change to the status quo will be very hard for the shooting groups to agree amongst themselves, let alone with us.

“We remain hopeful, however, that they will see that there is an overwhelming desire from local people for a better balance between the shooters’ freedom to practice their sport and the rights of local people to enjoy the peace and beauty of the bay.”

Gelda MacGregor added: “The key to this has to be local democracy. Stephen Cooper, Alisdair Mceachan, Councillors Skene and Cresswell, all came to the meeting, and whilst we would like to thank them for attending, we would ask them and the wider Council to bring a lot more pressure to bear on the shooting groups in this process.

“It is after all their responsibility to represent the interests of the large numbers of their constituents who want a significant reduction in the shooting as a minimum.

“Without a more active role in pushing for change, and without a commitment from Moray Council to introduce a bye-law to regulate or even ban shooting, the shooting lobby won’t make a meaningful compromise – and then these negotiations seem unlikely to succeed.”

It is expected that Mr Dennis will give careful consideration to the discussions before putting forward a plan for the future.