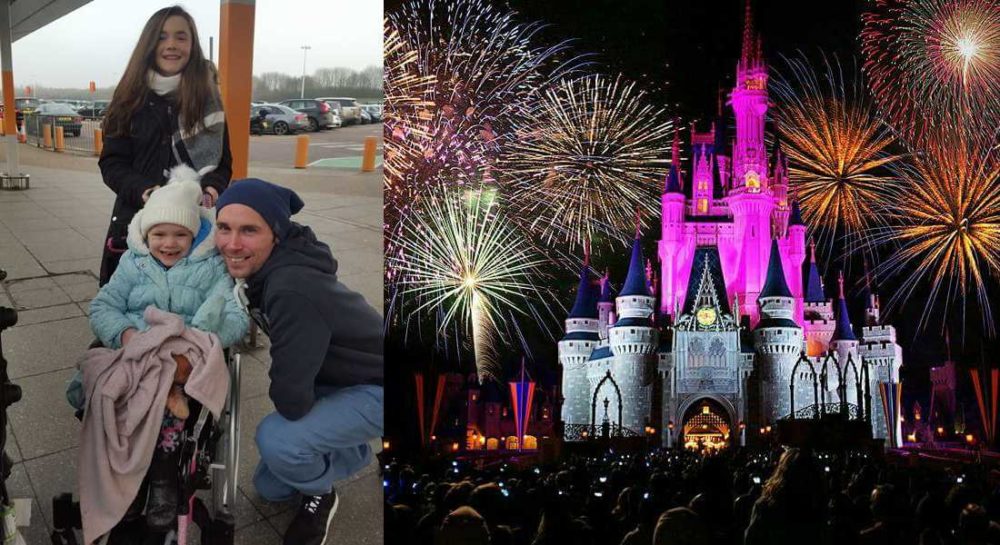 A PRE-CHRISTMAS TRIP to London turned into a wonderful Disney adventure for the Forres youngsters who has captured the heart of the nation.

Eileidh Paterson’s battle against the cancer neuroblastoma has been following throughout the nation and beyond – with big-hearted supporters raising over £100,000 last year to send her for special treatment in the United States.

It was exactly a year ago today that insideMoray was able to report that Eileidh’s family had been told by the De Vos Clinic that there were not cancer cells in her body – alas, the new year proved a difficult one as it did return and Eileidh had to undergo another distressing and painful period of treatment.

This week, however, brought a major surprise for both Eileidh and her sister Cerys, who has been at her side throughout her fight against the cancer. Shortly before departing from London for what they believed was a short break, the pair were instead taken to the Eurostar terminal – and only then told they were on their way to Disneyland in Paris.

The surprise was organised by Matt Denning’s charity ‘Matt’s Mission’, Mr Denning having arranged the special treat in secret with the girls’ much Gail.

“I have known about the trip for a while and have been speaking to Gail about it,” Matt said, adding: “We had to be careful with Cerys because she is a bit older – I think when she saw all the suitcases at the train station she had worked out something was going on.”

Mrs Paterson added: “I’ve never seen Eileidh so quiet as she was when she found out – she was speechless.”