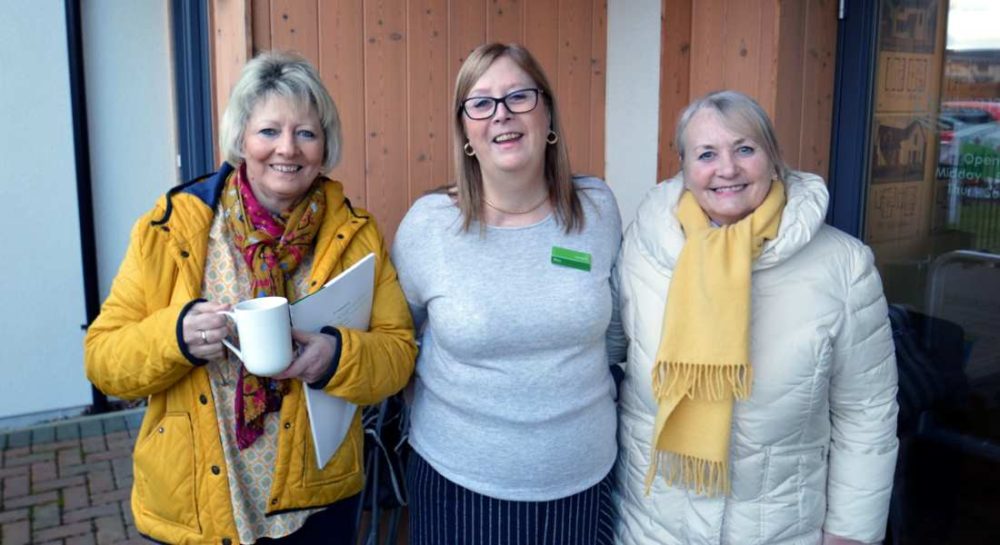 EAGER HOME BUYERS were so determined to ensure a property on a new Moray housing estate that they camped out overnight to secure the property of their choice.

Half of the homes released in the first phase of Springfield Properties’ Linwood development in Elgin were snapped up on the first day of sale.

Sales executive Ann Tomney and her colleagues were greeted with enthusiasm by brave campers when they arrived at the Duncansfield sales office last week.

The Moray-based family business is building more than 100 two, three and four bedroom homes at Linkwood farm on the southern outskirts of Elgin, where designs incorporate elements of the existing Linkwood farm house and have been met with excitement.

Local Gas Engineer Joe McHardy was first in line having queued from 8pm the night before the launch. Joe had recruited his Gran, Susan Batham, to take over at 6.30am the next morning so he could get to work on time.

Susan said: “Joe has been looking for a three bedroom home in Springfield’s Ardmore style, but knew he’d face stiff competition to get one. We’ve seen how popular they are in other developments in the area and didn’t want him to miss out on the home he wanted.

“My current house was built by Springfield, and the flat before that too. I’ve stuck with them because everything is included; your kitchen, carpets, appliances. Everything is taken care of for you. We know the quality you get with them which is why Joe is so keen to buy in this development.”

Susan was not the only one waiting on behalf of a family member; Jackie Lister’s daughter, Deborah Wright and her partner David Blackhall have been looking to move to a larger home for the last year.

Jackie said: “Deborah works off-shore but she didn’t want to miss out on the plot they wanted. They’ve lived in their current house for four years now and they just need more space. My sisters live in Springfield homes so we’ve all seen the quality and heard about the options customers are given with their home before they move in – it will be great for them.”

Seven of the homes released for sale were reserved within the first few hours with Ann Tomnay commenting: “It’s fantastic – we obviously had an idea that the homes were in demand as we’ve had a healthy waiting list for the development, but we never expected to have customers camping overnight.

“There was such a great atmosphere when we arrived. Everyone was laughing and getting to know one another, and most customers reserved the home they wanted which is great to see.”

The homes for Linkwood Steadings are currently being sold from the Duncansfield Development office in Elgin. More information about Springfield and the homes currently on sale can be found on their website www.springfield.co.uk.