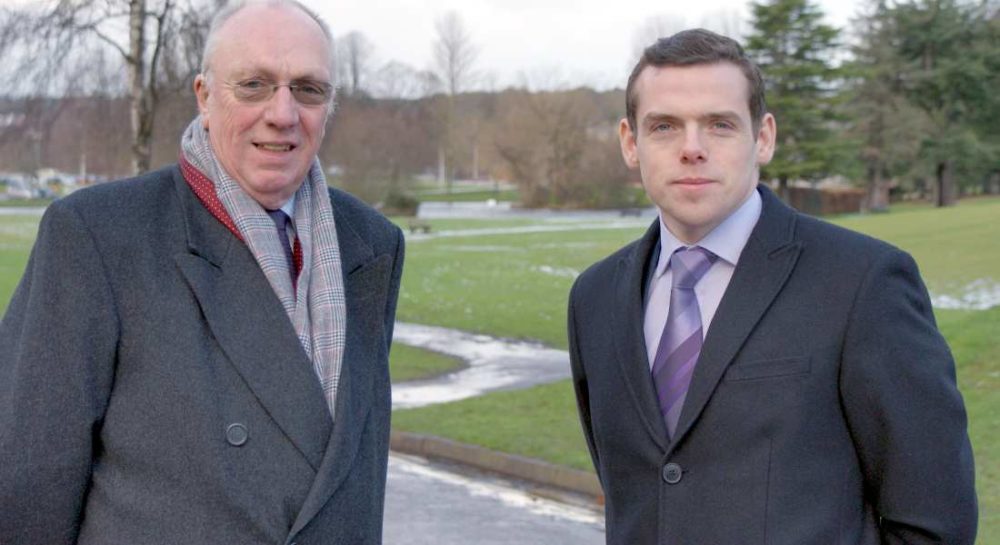 THE MORAY CONSERVATIVE party are continuing to lead the way in announcing candidates for May’s council elections with a fifth candidate identified this morning.

He will be Frank Brown, who has been selected to stand for the party in the Elgin City North ward.

Mr Brown has extensive experience in local government and social work – highlighted by regional Tory MSP and outgoing councillor, Douglas Ross, who said: “Frank will make a superb councillor for the people of Elgin North.

“As many councillors are retiring from the Council in May having someone with Frank’s knowledge will be very beneficial. Frank is very familiar with the issues that concern people in the ward and he will be able to hit the ground running.”

Frank Brown has a long-standing affiliation to the area having served as aircrew at RAF Kinloss followed by a period working as a social worker in Elgin while his wife, Jenny, worked as a district nurse and midwife in Forres.

His career then took him away from Moray to England and Wales, where, having studied law and public sector management he went on to hold senior posts in local authorities, the health service and central government.

He enjoyed secondments to the Audit Commission examining Local Council performance and to the Social Services Inspectorate measuring the quality of Adult and Child Care Services. On returning to live in Moray he worked with a local carer’s charity and was a member of the Moray Children’s Panel.

He was appointed to the Parole Board for Scotland giving him an insight into offending and its impact on communities.

Of his forthcoming campaign in Elgin, Mr Brown said: “I am pleased to be chosen to stand again in Elgin North and believe that my experience in government can be influential in tailoring council provision to meet local need.

“I would like to see Elgin town centre revitalised to make it a more attractive place to live and work. This can only be achieved in partnership with the business community through quality residential and retail development that brings our town centre back to life – and I would encourage solutions to restore Grant Lodge to the community.

“With three small grandchildren living locally, I am acutely aware of the importance of quality education, and I would seek to build on the efforts the council are already making to attract good teachers to Moray, and to give parents more say in the running of their children’s schools.

“I would also encourage the council to bring pressure on the NHS to increase services at Dr Gray’s Hospital that reduce the need for elderly and vulnerable people to travel to Aberdeen for outpatient tests and appointments.”

Mr Brown is no stranger to council elections, having contested the ward in 2012 – when he missed out by a fraction of a single vote under the proportional representation system.

Douglas Ross added: “I very much admire Frank for coming back to contest Elgin North after being pipped at the post last time.

“It’s not in anyone’s interest to have Elgin North represented solely by the SNP. We know that a very large number of people in the ward will be looking for an alternative to SNP control of the council and, in Frank, they will have a strong champion.”