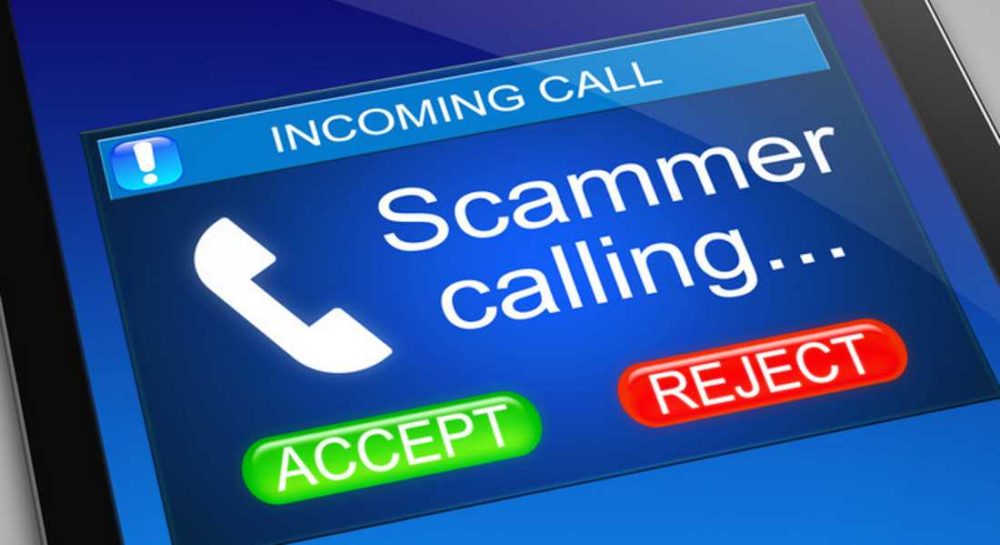 MORAY RESIDENTS ARE being reminded that they need to be constantly on their guard as scammers continue to try and part them from their cash.

Moray Trading Standards has noted a marked rise in the number of scams being reported to consumers throughout the last year – including the case where a victim lost a five-figure sum in a ‘bank security department’ scam.

That scam revolves around an unannounced call saying that suspicious activity has been detected on a bank account – and prompting the victim to move their cash into a different account.

It is one of many methods in use – attempts at persuading people to allow remote access to computers is rife in Moray, with insideMoray’s own Editor receiving such a call from ‘Microsoft Windows Support’.

Trading standards officers in Moray have also seen an increase in scams involving money transfers using services such as Western Union and MoneyGram. While these services have legitimate uses, payment by money transfer is like handing over cash and the person receiving the money can be very difficult to trace.

It was only the quick thinking of a member of staff at an Elgin travel agent that saved one potential victim from losing thousands of pounds. The person had gone to the travel agent to transfer money after becoming friendly with a potential suitor on a well-known dating website who subsequently asked for money to be sent abroad.

The member of staff immediately realised this was a scam and advised the customer to make contact with Trading Standards.

The warning came as police in the north east issued details of the level some scammers will go to trick people out of their cash.  An elderly resident was first approached by someone pretending to be calling from energy firm EE saying that his bank was under investigation and he should withdraw all his money and contact them when he had done so.

Vigilant bank staff prevented him from doing so – however, on returning to his home another call was answered by a family member, with the caller claiming to be a police sergeant saying that officers would be out to take a statement regarding the bank and may need to take his cash ‘for safe keeping’.  When informed the police had already been contacted the caller hung up.

Crime Reduction officer, PC Kevin Marron, said: “Police officers would never ask you for money. If you are contacted by someone who advises they are a police officer and you have any concerns at all, end the call and phone 101 to get their details verified.

“Reputable organisations will not ask you for your banking details or password by phone.  Never share any personal details or financial details. Do not be rushed or panicked into providing details or taking any action.  Pause, think, ask.

“Be suspicious as to who is calling you. Contact Police Scotland for advice or contact the financial institution via another line using contact details that you have obtained.  Never call back within the hour on the same line they called you on.

“Fraudsters can leave the line open.  In short, if someone telephones you and asks you to confirm your details it will most probably be a scam.

“If you would like any more information on safeguarding yourself against fraudsters then please visit the Police Scotland website at www.scotland.police.uk.”

• Never disclose security details, such as your PIN or full banking password
• Don’t assume an e-mail, text or phone call is authentic
• Don’t be rushed – a genuine organisation won’t mind waiting
• Listen to your instincts – you know if something doesn’t feel right
• Stay in control – don’t panic and make a decision you will regret