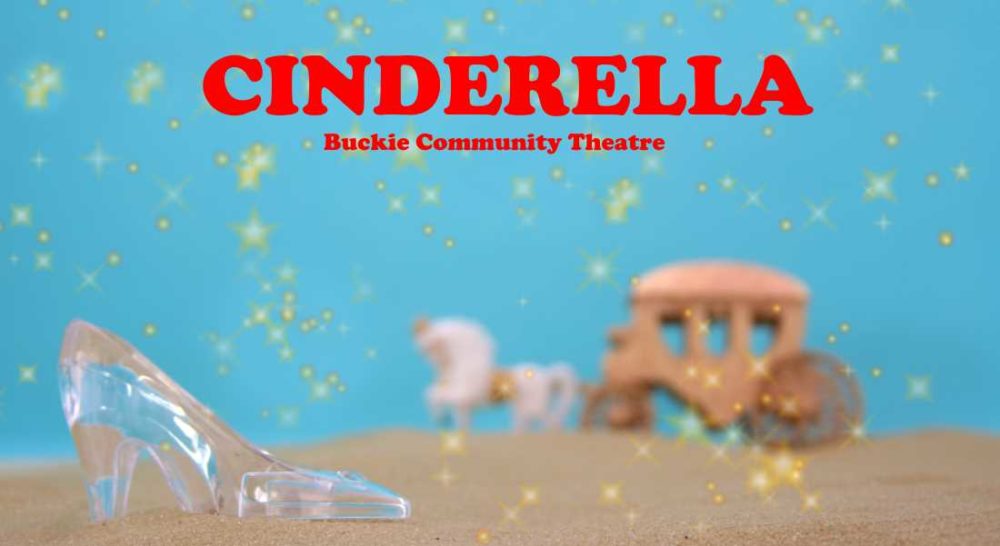 CINDERS SHALL GO to the ball – provided she turns up in Buckie for their annual Pantomime at the start of next month!

Buckie Community Theatre members have been working hard for months in preparing this years show, which will take the stage in the Fisherman’s Hall from February 1 to 4.

Starring Emily Coull as the Fairy Godmother, Chris Carroll as Prince Charming and Amy Lewis in the lead role, Kevin Oakes, who is the stage director for the show, insists that magic can truly happen.

“Kevin has led the way to our most lavish and highest standard production ever,” a spokesman for the group told insideMoray this week, adding: “The show is full of fun and laughter for all the family and has been written by Kevin himself in a way that ensures it involves both children and adult members of the group, giving everyone a chance to shine.

“Our costumes and sets are at a very high, professional standard – and with several special effects being provided from a theatrical hire company, we have more than a few surprises in store for our audiences.”

BCT have a reputation for staging a polished and professional production – and expectations are that they have something very special this year being put on stage by members aged from nine-years-old to members in their 70’s.

Youngsters attending the Panto are being encouraged to dress up in ‘costumes fit for a princess’ – with the most eye-catching costume attracting the prize of a special ‘Cinderella’ gift bag.