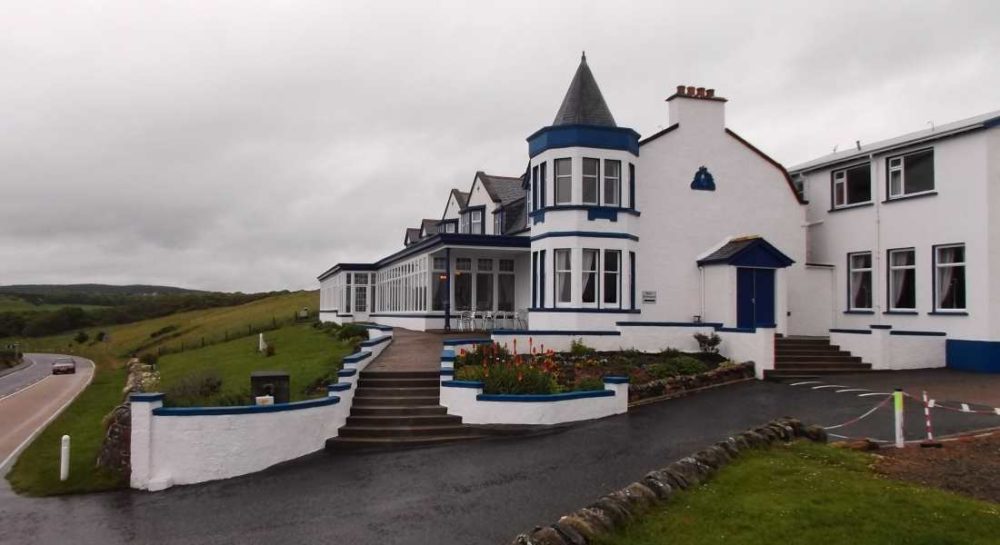 THE GROWTH OF TOURISM in Moray is being put in danger by what is being described as a “reckless” attack on small to medium businesses.

Hotels, guest houses, pubs and restaurants throughout Moray have said that business rate increases of several hundred percent in many instances are crippling their ability to continue trading.

Now another major hotel owner has said that plans to renovate his premises are having to be put on hold as he faces an extra £11,000 each year following the ‘crippling’ rates evaluation.

Ian Watson of the Cullen Bay Hotel has been drawing up a £200,000 investment to expand the iconic business – however, he has said that now that has to be halted as he joins many others in attempting to fight the increased burden.

“We had plans for outdoor dining, a marquee and a walled garden – but it will not happen now,” Mr Watson said, adding: “All the money we spend is kept in the local economy – we don’t go to Aberdeen, we use firms in Buckie and Macduff. That is money that will not be spent now.”

Last month the owner of the Beach Bar in Lossiemouth relayed a similar tale as they face up to an over 200% increase in their rate payments – and, while these can be appealed, the process could take years – with the business having to pay the new rates until the appeal process is complete.

A Scottish Government spokesman repeated the claim that the evaluation is the result of an ‘independent’ review – and that each council retains all business rates revenue it collects.

However, insideMoray understands that this statement has left independent members of the Moray Council administration furious, as they insist it is simply not the case that Councils retain all business rates collected.

One north east MSP, Lib Dem Willie Rennie, has gone further in accusing the SNP Scottish Government of letting businesses down: “Business rates are up and local funding is down – it makes grim reading for services and business. The SNP’s reckless refusal to introduce a transitional rates relief scheme will hit businesses further.

“This speaks of a government that has completely lost touch with the needs of local businesses and communities.”

Moray councillor John Cowe, who is also chair of the Moray Economic Partnership, said that he has seen one business in the region facing an increase of almost 700% on land they own.

He said: “The Scottish Government instructs assessors to assess the rates on their behalf so it is their issue and they should deal with it.”

Ahead of the Full Council meeting on Wednesday Councillor Cowe will join with fellow administration group member Councillor Gordon Cowie in proposing a special motion that says: “That this council recognises the widespread concern, expressed by local businesses and politicians of all parties, over the damaging impact which the forthcoming increases in non-domestic rates will have on commerce and tourism within Moray.”

It continues: “[Council] instructs the Council Leader to write to the Cabinet Secretary for Finance and the Constitution, urging him to take whatever steps possible, including a reduction in the poundage rate, to mitigate the impact of such increases.”