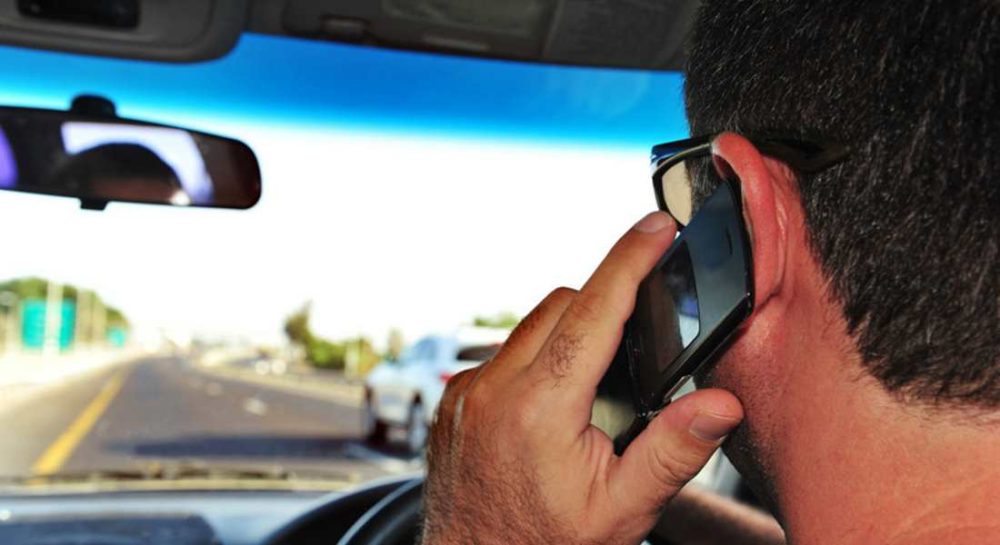 PEOPLE WHO CONTINUE to use their mobile phones while driving could face having six penalty points on their licence and a £200 fine.

Police Scotland have issued a reminder this week of new penalties that will be coming into force in Scotland from March 1 – effectively doubling the existing penalty for using a mobile while driving.

Where the situation merits more serious action, police also have the power to prosecute drivers for careless or dangerous driving.

Chief Superintendent Andy Edmonston said: “The risks associated with using a phone while behind the wheel have always been very clear.

“Any driver will be distracted by a phone call or text message as it affects the ability to concentrate and anticipate the road ahead, putting the driver and other road users at risk.”

Pointing out how distraction will reduce hazard perception and so increase reaction times in much the same way as drink driving, the Chief Superintendent added: “Drivers who think they can multi-task are fooling themselves – research shows 98% are unable to divide their time without it affecting performance.

“The law says a driver must at all times be in proper control of their vehicle. If at any time they are not they may be guilty of an offence. Police Scotland consistently targets these offences on a daily basis to reduce road casualties and will deal with offences detected in an appropriate manner.

“We are using this change in the law to, once again, remind drivers that using a mobile phone while driving has always been unacceptable and even careful drivers can be distracted by a call or text – and a split-second lapse in concentration could result in a serious or fatal collision.”