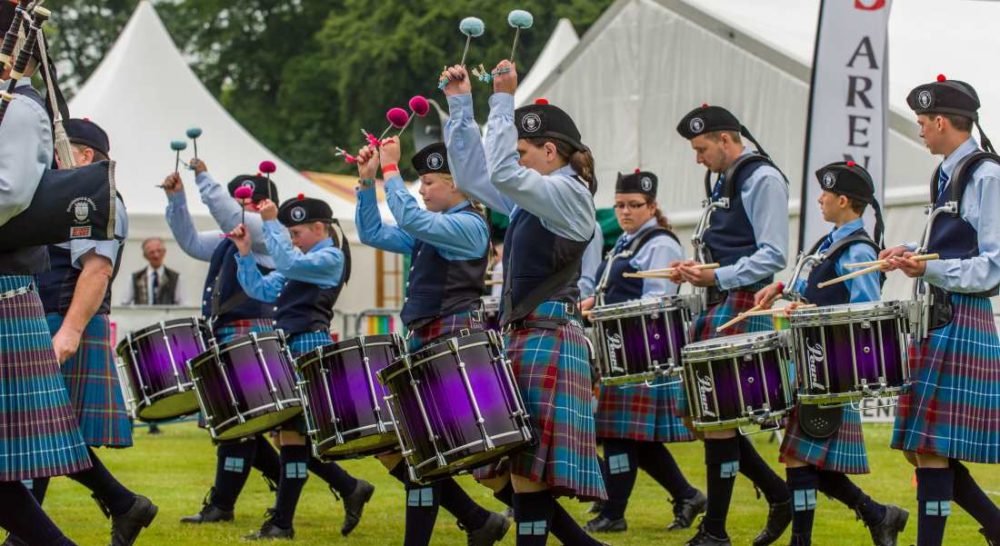 THE SEARCH IS ON for a deserving Moray family to help ‘pipe in’ one of the largest summer events in Moray.

Organisers of Piping At Forres, the European Pipe Band Championships being held in the town in June, are bidding to find a family whose lives are already immersed in the piping scene.

When identified the family will find themselves being invited to the Piping At Forres launch party – as well as receiving a free family pass for the Championships and a sought-after Piping At Forres Hamper.

Piping at Forres director Joanna Taylor explained: “Piping is clearly a huge part of Scotland’s heritage and more often than not it is also a passion that is passed down through the generations.

“This year, Piping at Forres is part of the ‘Year of History, Heritage and Archaeology’ celebrations and we wanted to embrace this theme and thought a fun way to do this would be to celebrate a family to who piping has been an important aspect of their lives.

“It would be superb if we could get a family of pipers through the generations, but equally it may be that we find a family who are relatively new to piping, but everyone gets involved.

“It’s about celebrating something which has been a significant part of Scotland’s history and also being able to show that this fantastic instrument will continue to be relevant in the future.”

The search for a suitable family is being backed by VisitScotland regional director Jo Robinson: “This is the year to delve into the past and discover Scotland’s fascinating stories and unique experiences as part of the Year of History, Heritage and Archaeology celebrations.

“Scotland’s history and heritage is defined by its people, both past and present and is an integral and iconic part of our national identity. Whether as a competitor or spectator, Piping at Forres is an event not to be missed and the appeal to celebrate a family immersed in the piping scene adds another fantastic element to this year’s event.”

To enter your family, Email admin@pipingatforres.com with Find a Family in the subject line and tell us in 300 words why your family deserves to be Piping at Forres’ 2017 family.

Piping At Forres takes place this year on June 24 at Grant Park. The event not only includes world class piping, Highland dancing and the World Tattie Scone Championships but also has a food and drink village, a craft and retail village, bars and family attractions such as funfairs.