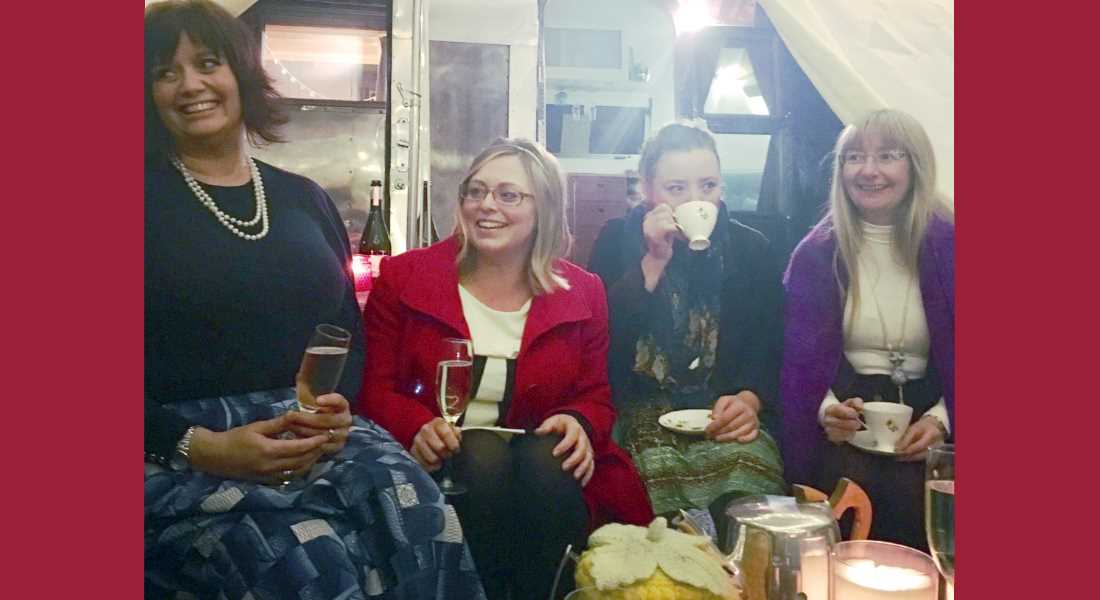 A MORAY CLUB created last year to ensure that Moray was not left out of the nationwide revival of baking is set to play its small part in a global celebration next week.

The Clandestine Cake Club was reformed in Forres back in October after a previous attempt for their ‘secret’ meetings in Elgin faded away.

The original CCC idea was established in 2010 by Lynn Hill who said: “I wanted to create the opportunity for people to get together over tea and cake, so I founded The Secret Tea Room in my own home at the same time as the Clandestine Cake Club in 2010.

“I baked Afternoon Tea, inviting strangers into my home to enjoy conversation with like-minded people. Both were successful but I’ve focused on expanding the CCC and I’ve since published two CCC recipe books. There are lots of opportunities to make new friends and everybody can have a go at the baking.”

Andrea Chappell was one of the ladies in Moray who wished to get the idea going again, saying: “A new Moray division of the Clandestine Cake Club has been founded and we are determined to get Moray baking again.”

Several events took place last year in Forres for a club that is open to baking enthusiasts of ‘all ages and abilities’ with several more joining the group after being invited to sign up online.

The club also held events in the Findhorn Village Hall and Green Gables Café in Alves – now they are planning another secret gathering on February 22 to celebrate ‘Cakes of the World’, which launches their 2017 programme.

Andrew said: “I can’t say where they’ll be, that’s the secret bit, destinations are delivered to members that have signed up for that particular event.

“When you join you don’t need to come to every event and can bring along a guest if you like (and they don’t need to bake if they’d prefer not to).

“To become a member you sign-up to the Moray group online and join an event as and when they’re posted, roughly every other month. It’s free and is just for fun – the link is https://clandestinecakeclub.co.uk/groups/moray/”