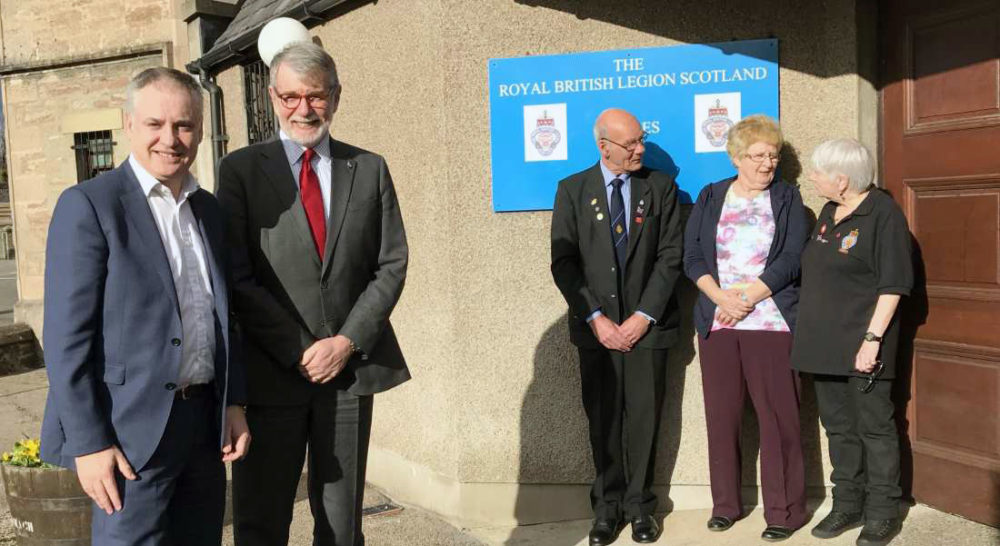 THE IMPORTANCE OF military veterans to Moray communities into which many thousands have chosen to settle was being underlined this week.

Ex-Servicemen and women met with the Scottish Veterans Commissioner, Eric Fraser, during a visit to the region that included discussions at the Forres branch of the Royal British Legion.

Mr Fraser also met with Moray MSP Richard Lochhead, who is the vice-chair of the cross-party group on Armed Forces and Veterans at the Scottish Parliament and who invited the Commissioner to Moray to learn more about the experiences of local service veterans.

A former Royal Navy officer, Mr Fraser became Scotland’s first Veterans Commissioner in 2014. A graduate of Edinburgh University, Mr Fraser joined the Navy in 1976 and during a 37-year career served during the Falklands conflict, the Balkans war and patrolled drug smuggling around the Caribbean.

His final position before retiring from the Navy at the start 2013 was as the UK Naval Attache in the British Embassy in Washington DC.

Following the meeting in Forres, Mr Lochhead said: “Scotland is the first part of the UK to have a dedicated Veterans Commissioner looking at how public services deal with veterans.

“Moray has a great deal to offer people once they’ve left the armed forces and it is testament to the strong relationship the area has with the armed forces that so many personnel choose to stay here once they leave the services.

“The Veterans Commissioner’s role is clearly very important to Moray with veterans being a large and key part our communities. We need to get a better understanding of the needs of Moray’s veterans, whether that be in relation to the support they receive when they leave the services or in relation employment, health care or housing.

“I was delighted that the Commissioner took the time to visit Moray and I’m pleased that he has promised to come back again the near future to meet more veterans living locally to hear about their experiences.”