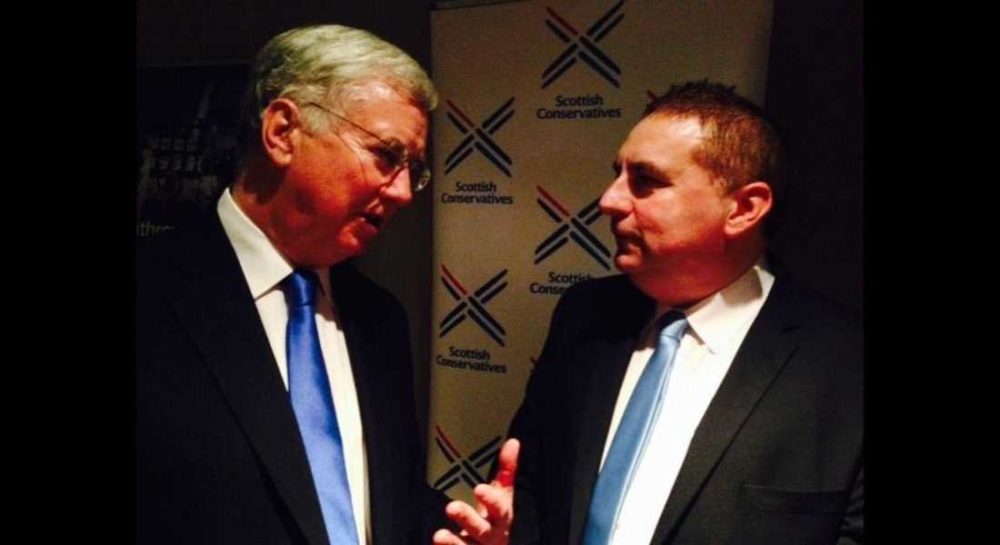 LOSSIEMOUTH HAS TAKEN centre stage for many speakers at the Scottish Conservative’s annual conference in Glasgow.

RAF Lossiemouth’s £400million expansion plans, outlined recently by the UK Defence Secretary, was highlighted as a massive boost for Scotland by Tory leader Ruth Davidson in her address to conference.

It was also given centre stage by Moray-based regional MSP Douglas Ross and UK Defence Secretary Michael Fallon himself.

Following the conference Mr Ross said: “We had one of our biggest Scottish Conservative conferences for years and I was delighted to hear of the huge investment being made at Lossiemouth by the UK government and the MOD being highlighted by so many prominent speakers.

“For my own part I was keen to show how important being part of a strong United Kingdom is for this type of substantial investment in our area. It is investment which has been welcomed by the local community council, the Moray Economic Partnership and so many others.” Local Tory candidate in the forthcoming council elections, James Allan, took the opportunity at the conference to discuss the investment with Mr Fallon.

He said: “The conference was a great success. There is no doubt that under Ruth Davidson’s leadership we are making progress across Scotland and we all left inspired and determined to get a great result in the Council elections.

“People throughout my ward have been delighted by the announcement on the investment at RAF Lossiemouth and it will be a real boost for local businesses and contractors.

“Many traders and businesses have been extremely worried by the SNP government’s attempt to impose a massive business rate increase on them so it is important that we have some good news to celebrate.

“My sense is that the SNP are taking the communities of Moray and elsewhere in the North East of Scotland for granted and that people don’t think the SNP are standing up for their interests.

“Resources are being diverted from here to the Central Belt. We need local representatives who will fight for Moray and not just follow the party line.”

“It’s not just a massive financial boost to the camp but the hundreds of new personnel coming to the area is excellent news for many of the towns and villages around Moray where they will set up home.”