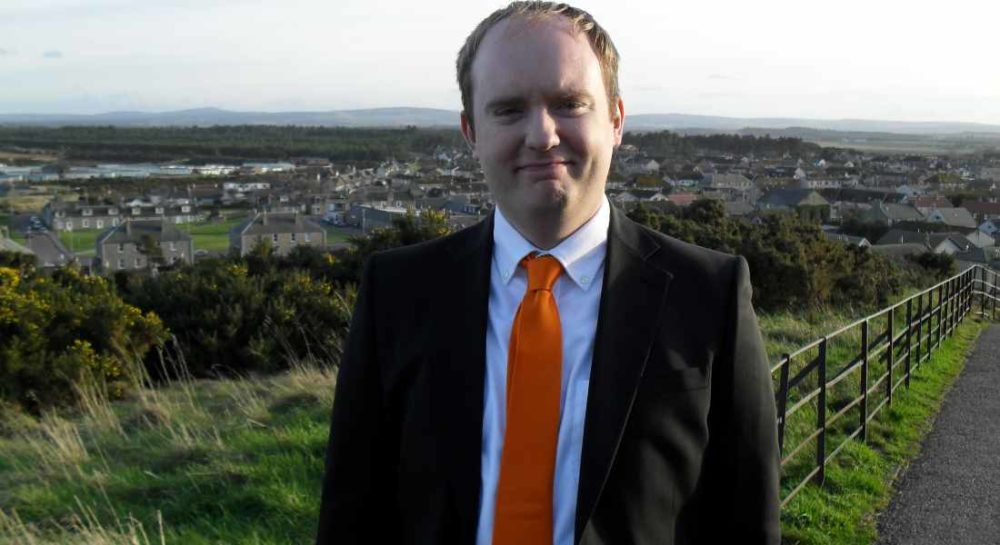 A LIBERAL DEMOCRAT CANDIDATE has been announced to contest the Heldon and Laich ward in May’s local authority elections.

Mr Mitchell worked for several years in customer service roles having graduated from the UHI with a BA in History and Politics. He has also spent time at the Citizens Advice Bureau in Elgin as a general adviser dealing with a wide range of queries throughout Moray.

He said: “I am grateful for the Moray Lib Dems in giving me this opportunity – I have a real understanding of the issues that our community faces as I experience these issues myself.

“I use and rely on public transport extensively, and would fight to protect our bus services which are not only running on old buses which are unreliable, but to add insult to injury Stagecoach will increase their fares in April and just a month later currently plan to cut services in Moray.

“It is unacceptable and people have already made clear their frustrations. I want to improve public transport services and connectivity as much as possible and it will be one of my priorities.

“Some other important areas my campaign will focus on will be protecting banking services in our communities and backing the creation of a community banking initiative, building more affordable housing, encouraging job creation and investment to tackle unemployment and underemployment, and increasing support to our local GP surgeries.

“It is fair to say the Moray Council faces some of the biggest challenges in its history. I am eager and willing to face these issues and stand up for our community. Above all else I hope that voters across Moray make their voices heard on May 4 in what is a critical time for Moray Council and how its services will be run in the coming years.”

If you would like any further information or to contact John directly he can be reached at john_mitchell88@hotmail.co.uk.