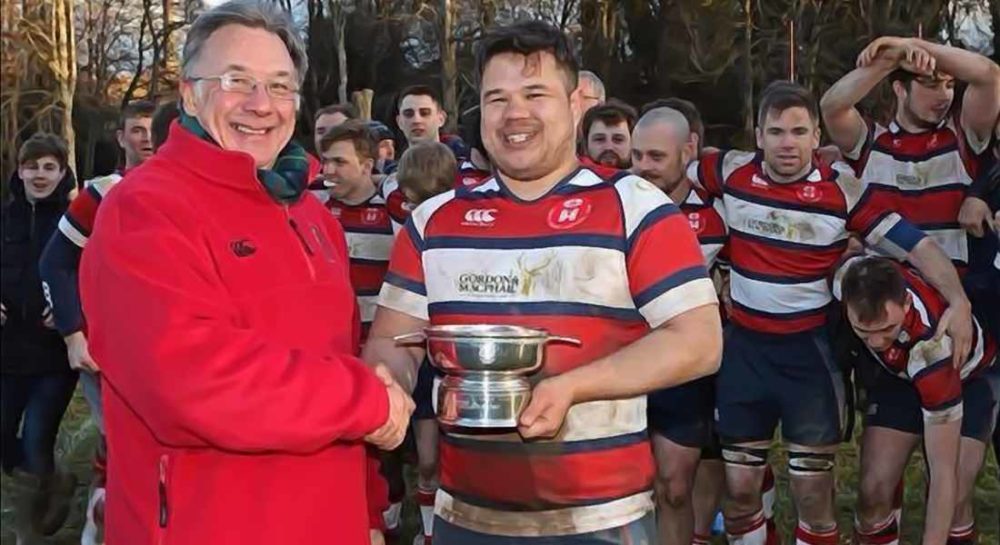 THERE WAS NO national joy for Moray RFC in their bid to make it to a Murrayfield final at the weekend as the club suffered a narrow defeat.

In a game that could have gone either way Moray lost 11-17 to Edinburgh side Portobello in the semi-final of the national Bowl competition in Elgin.

However, all is not despondency for Moray who remain in a good position – with three games remaining promotion is still very much a possibility. Saturday’s game was one of the biggest ever faced by the club, who had earned the right to play in the national semi after their own last-gasp victory over local rivals Lossiemouth.

A disappointed spokesman for the club told insideMoray: “It was a very close game again on Saturday in front of a bumper crowd – and it could easily have gone either way. Portobello enjoyed their day and were very magnanimous in victory – for us, it is now on to the league campaign and our bid for promotion.

“We have three games remaining so that is still very much a possibility – but the guys will have to work hard to overtake the two teams above them, with some good support though they can, we are sure, do that.

“Ours is a very young squad who have come a long way in a short while – we are thankful to those who went along to support us and we look forward to seeing the many new faces back each Saturday in future.”