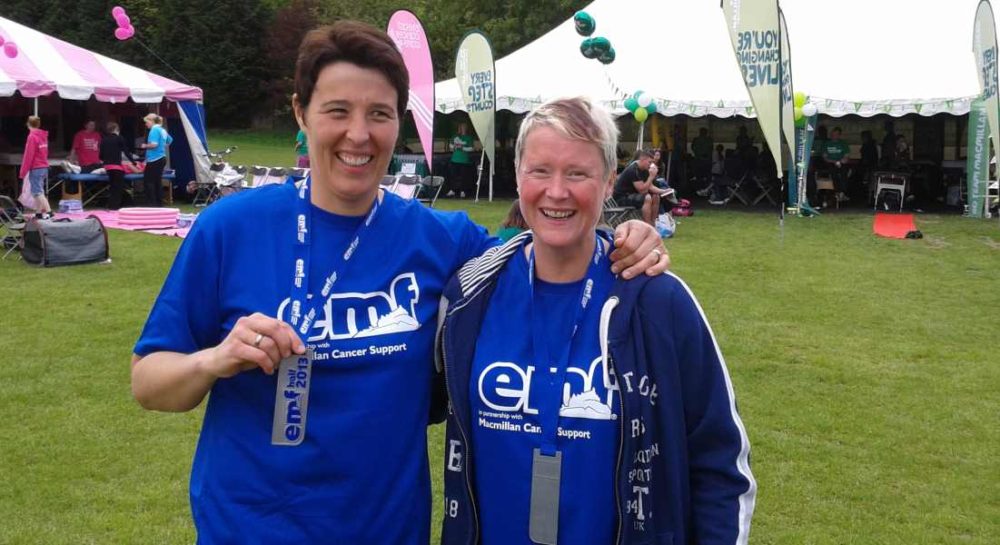 A MORAY WOMAN had to suffer watching her mother fighting against a series of complications connected with Diabetes.

Now she has used that experience to fire her into a challenge that she may otherwise never have contemplated – taking part in the Edinburgh Marathon later this year.

Karene Ferrier, 44, has recruited her partner Hazel Robinson in the long-distance attempt with all proceeds they raise being passed on to Diabetes UK. Karene’s mother Aggie suffered a series of complications from Type-II Diabetes before passing away just over a year ago.

Hazel explained: “Aggie was an inspiring person who touched the heart of everyone she met, even at her lowest in hospital she still found the energy to look out for other patients and cheer up the staff in Raigmore ward 5C.

“She spent her life giving to others which is why Karene felt she wanted to give something back in her memory to help others. Karene is a regular runner having run many 10k’s and half marathons in the past few years – but this time she has roped me in as well. I’ve also completed a couple of half-marathons but not as a ‘keen’ runner!”

The pair both admit that training has been pretty tough as they increase the mileage to ensure they are as well prepared for the Edinburgh attempt as they can be.

Their fundraising efforts have not been restricted to the event itself, with raffles and quiz sheets organised at Bijou in Elgin, where Hazel works, while Karene has also been organising sponsorship sheets around her office at Springfield Properties.

Hazel said: “We have already done a very successful bucket collection at Moray Leisure Centre and are doing another at the Co-Op in Lossiemouth on Saturday, May 6.

“Thanks to efforts so far we are already well on our way to a good total – but we can always use some more support!”

The pair have launched a Just Giving Page where people can make pledges.