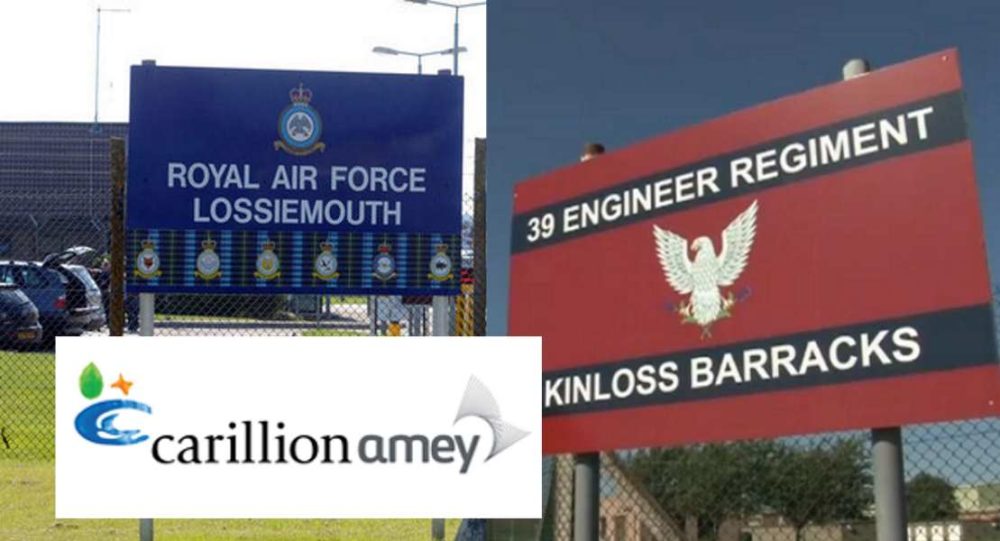 THE HOUSING AGENCY acting on behalf of the Ministry of Defence has been defending itself against claims that service personnel at Lossiemouth and Kinloss are receiving a raw deal.

Several families have hit out at CarillionAmey – saying that they simply do not care about the condition of married quarters, with some saying that they have been waiting 18 months just to receive a response to their complaints.

One serviceman’s wife wrote to insideMoray last night saying that she has friends in council homes in Elgin who receive better treatment from cash-strapped Moray Council.

Asking not to be named, she Emailed to say: “Many of us have had quite enough – it would not even be so bad if CarillionAmey came up with excuses, but they seem to just not care and don’t even respond to complaints.”

The issues affect both Army families at Kinloss and RAF families with quarters in Lossiemouth and Elgin. We were told by the Elgin married quarter resident: “Much is rightly made in the services of Moray being a great posting – and, for the most part, it is.

“However, the condition of too many of our married quarters is simply shocking – and to make matters even worse we recently saw a large increase in the rents we have to pay, but certainly no increase in the service we get from CarillionAmey.”

A CarillionAmey spokesman insisted that they are working to put right the issues affecting families from both bases.

He said: “We do not provide homes, control investment in housing or control rent – but we do recognise it is important for us to repair things quickly when they break down. When things go wrong, we work closely with families to put things right and we apologise for any inconvenience caused.”

A Ministry of Defence spokesman said that they would continue to look at ways of improving standards, adding that CarillionAmey have now developed an “aggressive plan” to improve the quality of married quarters.

Got a story to tell on this or any other situation you feel should be told?  Contact us via editor@insidemoray.news.