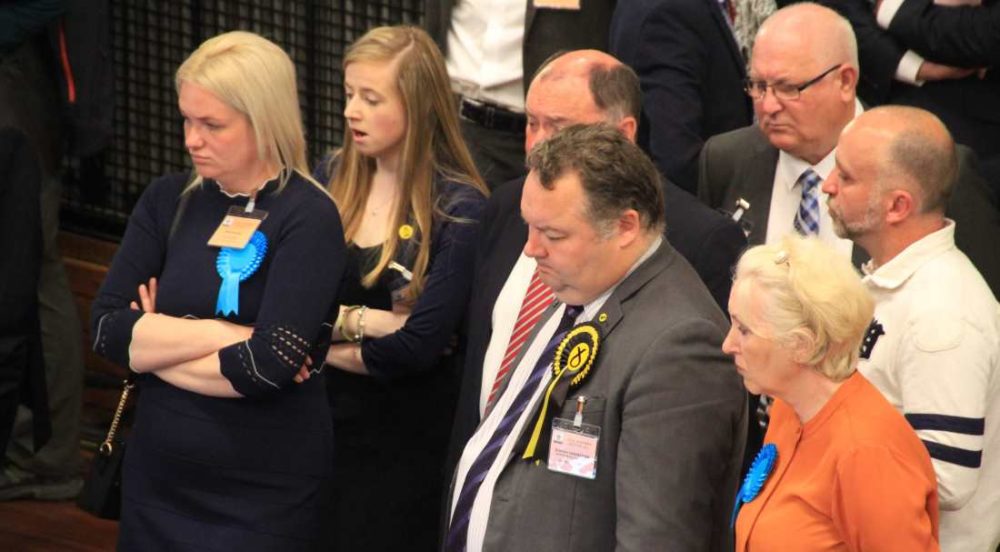 NEWLY ELECTED INDEPENDENT councillors will meet today in the hope of reaching a decision that would avoid the first Full Council meeting lasting more than just a few minutes.

The opening session for the new council is due to take place tomorrow – however, with no agreement having yet been reached on the formation of an administration, there is a real danger it will be adjourned inside a few minutes.

The ‘magic number’ being sought by the SNP and Conservative groups is 14 members – although an Administration could be formed with 13. The situation is further complicated by the rapid resignation last week of Sandy Cooper.

Last night the eight-strong Conservative group still appeared confident that they might attract the support of five Independent members – given them the minimum requirement to form a majority administration at this time. The SNP group of nine, meanwhile, say that they are also confident of securing the sufficient numbers to form what they call a ‘progressive alliance’.

Despite being heavily criticised by one of the Independents last week, Forres councillor George Alexander, the Conservative and SNP groups both confirmed that no talks had taken place between them – and were unlikely to do so.

A key player remains the sole Labour councillor, John Divers, while two Independent members – Derek Ross and Ryan Edwards – have repeated their pledge not to join any alliance.

Last night insideMoray was told: “The ball is very much in the court of the five independents and labour member to decide which way they wish to go – they have been in talks with leaders of both the SNP and Conservative groups, they know they hold the key to forming an Administration and do appear to be squeezing everything they can from the main parties.

“They Independents are meeting again on Tuesday and I guess they will decide then – if they don’t, there will be no meaningful meeting of Full Council on Wednesday.”

The five independents – George Alexander, Lorna Cresswell, John Cowe, Gordon Cowie and Ron Shepherd – all served on the last Independent/Conservative administration which, despite coming under severe pressure through several by-elections, remained in power for the entire five year term.