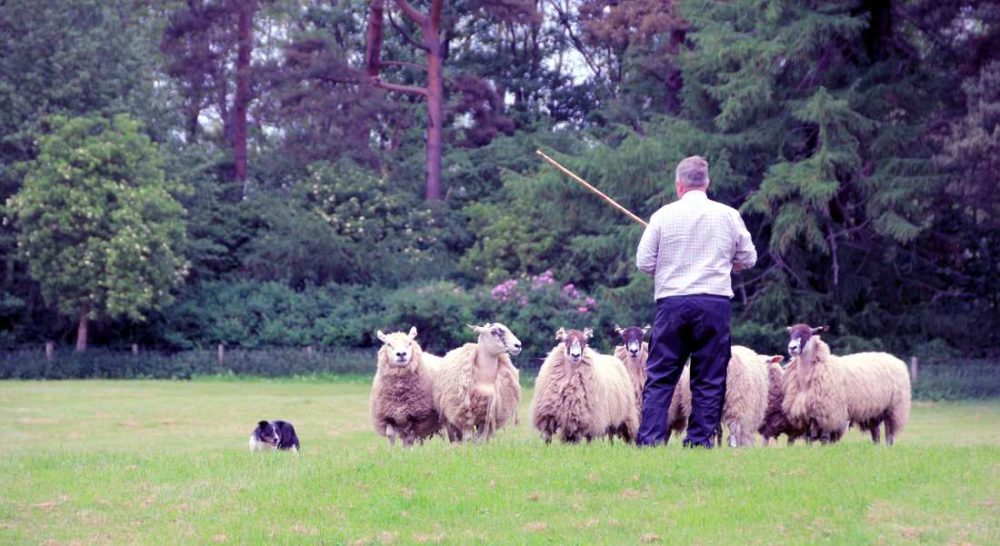 THOUSANDS GATHERED ON Sunday at the bi-annual open day at Pitgaveny Farm – prompting calls by many that it might be an annual event.

Every two years the gates are thrown to the public for what is growing in popularity to the extent that many regard it as one of the most important agricultural shows in the north east.

However, it is very much a family occasion and that was strengthened by the smiles and laughter of hundreds of children as they got close up and personal with a variety of farm animals and machinery.

Spotted in the throng was regional MSP Douglas Ross, who told insideMoray: “I was delighted to attend the Open Day and to have the opportunity to meet so many visitors who had come along to support the farming sector and at the same time to help support local charities.

“As a former farmer it was nice to see the livestock on show and also to see the enthusiasm of the younger family members visiting the farm, some for the first time.”

Up to 3000 visitors have made the Open Day the success it is, a success that this year will benefit three local charities – EarthTime, Quarriers and REAP.

Mr Ross added: “The success of the show is testament to the organisers and the huge team of volunteers who make the day run so smoothly.

“With so much to see, with sheep dog demonstrations, sheep shearing, a tractor driving challenge and lots of activities for youngsters, it is a first class opportunity for people to see behind the scenes of a farm.

“My thanks goes to the organisers for another successful event and to all who took the opportunity to visit and to help support the chosen charities.” Holidaying in the area with his family was Gerald Proctor – who planned his return to Moray so that it would coincide with the open day.  He said: “We were here two years ago and had a fantastic time – so when we were looking at our 2017 holiday it was a bit of a no-brainer, the kids have been nipping our heads over coming back to the farm so here we are.

“If anything it is even better than last time, there is just so much to do for all the family – when you are bringing up a family in the city there is not that many opportunities to experience farm animals close up and to learn much more about them.

“We’ll be back again for sure – although it would be great if this was held every year, it has the potential to be a major annual agricultural show but I’m no expert on these things!”