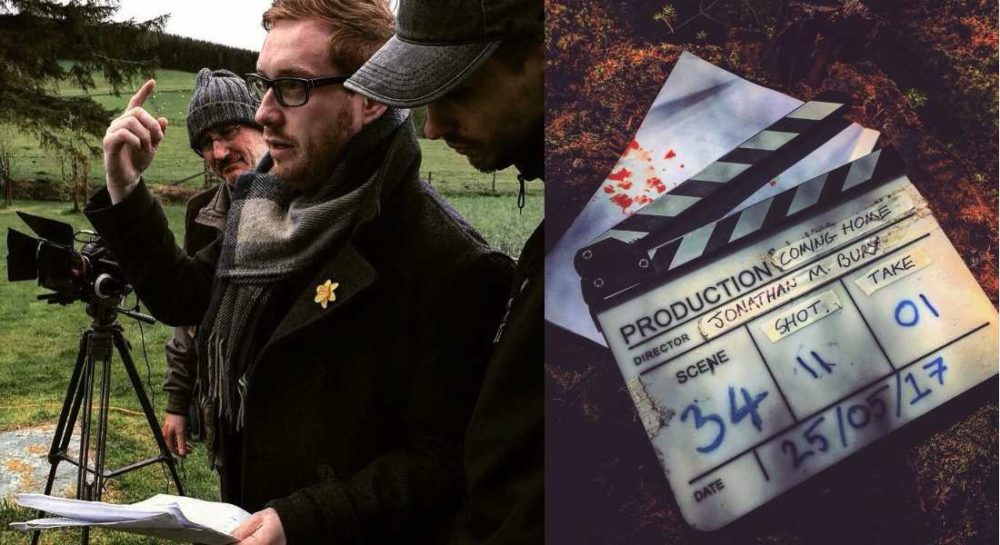 FILMING OF A new independent feature film written, produced and directed by Spey Bay man Jonathan Bury has been taking place around Moray this week.

Location shooting for ‘Coming Home’ was concluded last night at a cottage in Glenlivet before moving on this week to Spey Bay ahead of the crew moving on to Edinburgh to complete the project.

Coming Home is the first full-length feature film production from Jonathan, who has previously worked as cameraman and director of ‘Jolly Milkman’ for the Fringe Festival and a variety of filmmaking roles from short films to advertisements.

Monitoring the making of the new movie is Dallachy resident Patricia Bury – who, as Jonathan’s mum, has a particular interest in its progress!

Patricia told insideMoray: “The actors and crew are moving down to Spey Bay for a week to continue filming before it concludes in Edinburgh.

“Jonathan is local to Moray having grown up in Spey Bay and studied film and media in Edinburgh. The actors for his production are Holly Thomas, whose professional career has included ‘Lara Croft in Rise of the Tomb Raider’.

“Also taking part in the production is Vincent Theodore Spangenberg, who has enjoyed parts in many productions including ‘Calendar Girls’.

“Vincent is known in the area also for his involvement with LADS Moray. Joe Dingwall is another who has been cast in the forthcoming feature film ‘Kingdom’, while Huntly-based Lesley Sim has credits that include ‘Pramface’ and ‘Utiopia’.

“Last and by no means least the film has David Vigo playing the role of ‘Jacob’.”