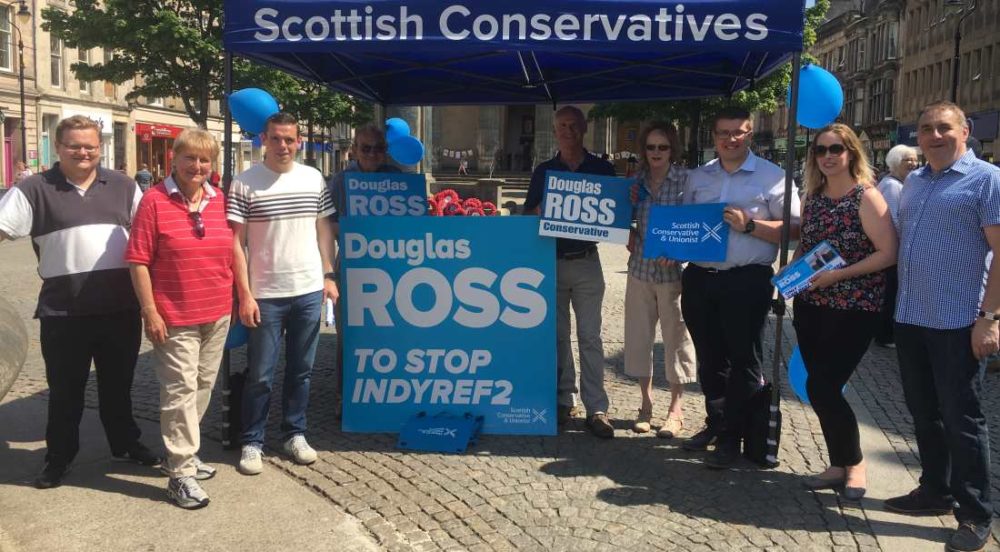 FORMER SCOTTISH CONSERVATIVE leader Annabel Goldie joined the Moray election trail at the weekend when she arrived in the region to back Douglas Ross’ bid for a seat at Westminster.

Visitors to the Moray Conservative stalls in Keith, Forres and Elgin will have seen the familiar face who was leader of the party in Scotland from 2005 until 2011, when she made way for Ruth Davidson.

“People are sick and tired of Nicola Sturgeon’s obsession with independence, her disrespect for the decision to reject separation and her neglect of our vital public services. She and her party have run these public services since 2007 and in Moray voters can see for themselves how she has fallen down on the job.

“Change is needed to see off this damaging SNP agenda of independence. Douglas Ross is the voice for the future in this area.”

Douglas Ross said that he was delighted to welcome Baroness Goldie as the local campaign reached a crucial stage: “More and more people can see that a vote for the Scottish Conservatives can send a message to the SNP that we don’t want a second divisive independence referendum.

“It would also return an MP who could stand up for Moray at the heart of government and get the best deal for Moray. Annabel has visited Moray on a number of occasions and she was certainly encouraged by the response we got at our street stalls and on the doorsteps.”

Meanwhile the SNP will welcome First Minister Nicola Sturgeon to Moray later today when she is expected to meet with members of the Moray WASPI.