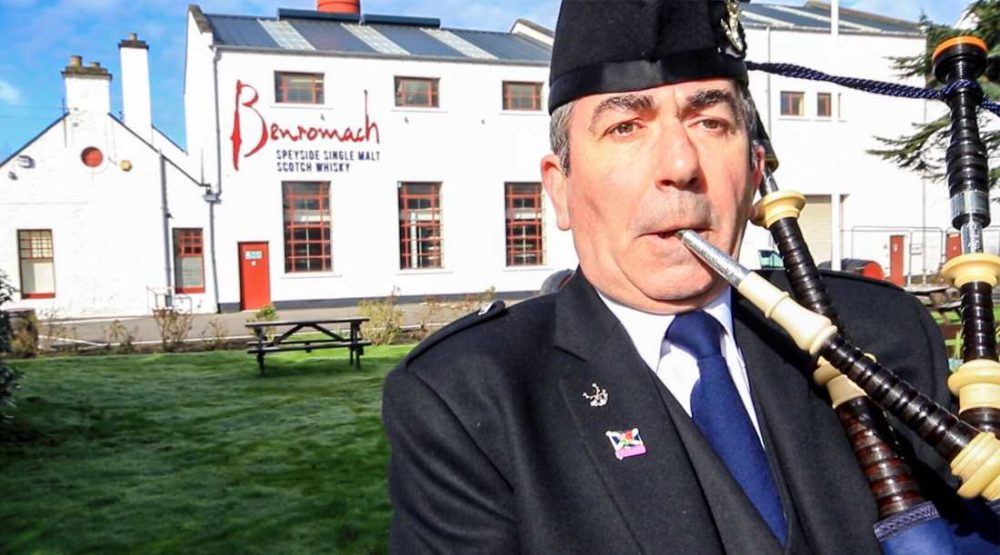 THE PIPE MAJOR who became an Internet sensation when appearing in a video promoting Moray’s biggest one-day event has been speaking of his delight at taking part.

Leader of the Forres and District Pipe Band, Gordon Roy, has confirmed that they will be taking part in the European Pipe Band Championships this year.

However, while the Grade 4B band is looking forward to Piping At Forres he admitted that recruiting people to take part in the band was becoming increasingly difficult.

“We actually decided relatively late that we were going to take part in the European Pipe Band Championships as we were not sure we would have enough people to make up the band,” Gordon said.

He continued: “It should be a given that the band from the town that holds event take part, but we were not sure we would manage. It would have been unfortunate had we not been able to get something together, but we have managed and we are really looking forward to it.

“We have around 30 playing members who age between 12 and 73 years old, but the problem lay with the drumming. We just couldn’t recruit enough drummers. However, we are delighted that this problem is now solved and we have been practising to prepare for the Championships.

“This isn’t a problem that is unique to Forres, we are in touch with pipe bands throughout the country and everyone is feeling the difficulties.”

To address the issue of getting new members, Forres & District Pipe Band has a vigorous youth training programme and offers tuition on the pipes and drums free of charge to anyone in the local area who wishes to learn.

“Our free training programme has been up and running for about a year. It was the brainchild of our chairman and piper John Channon who saw a real need for it and the programme is working.

“What we are seeing is that there is a desire for young people to learn this skill. It is part of Scotland’s history and heritage and we feel we have a duty to ensure that it doesn’t die out.

“Whilst we have had a few problems over the last couple of years, we believe that through our recruitment programme we will be creating pipers and drummers for generations to come and that is something that feels great.”

Gordon hit the spotlight in May when a promotional video for Piping At Forres went viral on social media.

He was filmed playing Flower of Scotland at numerous historical locations in and around Forres – including Nelson’s Tower and Brodie Castle. The film was viewed almost 30,000 times and reached over 72,000 people on Facebook.

Speaking of the film he said: “I had great fun filming, it was long day and never have I had to play the same tune so many times in one day, but it was worth it. I was delighted to be asked by the team at Piping At Forres, but never did I expect it get such a huge response.”

More than 100 pipe bands compete in the European Pipe Band Championships, in front of a crowd of thousands, making it the biggest ticketed one-day event in Moray. It has been awarded over nine out of 10 in feedback each year, and in 2016 was again shortlisted for Best Event in the Highlands and Islands Tourism Awards.

Anyone wishing to find out more about the Forres & District Pipe Band contact the band secretary Elaine Mcallister at elaine_mcallister@aol.com or call 01309 676736.