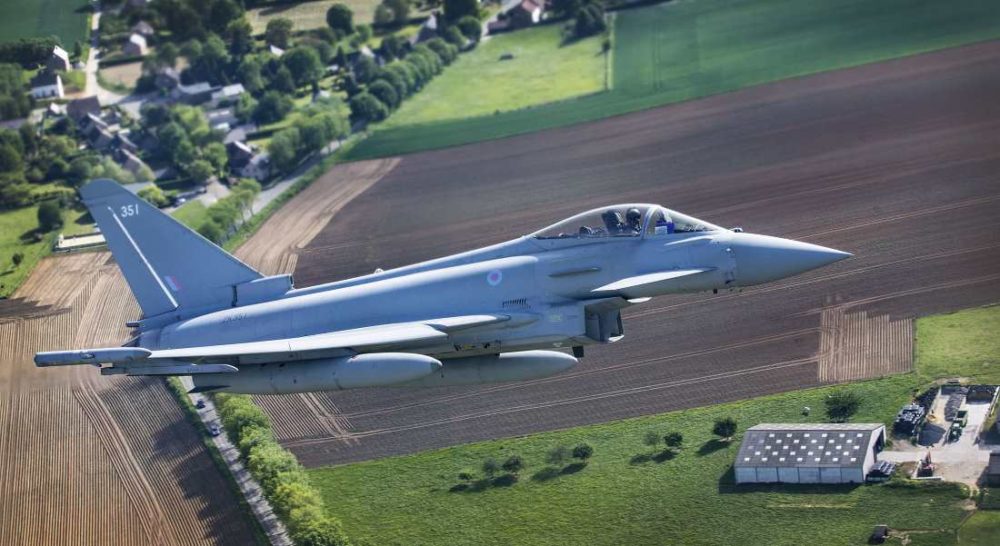 AIRCRAFT FROM RAF LOSSIEMOUTH have featured in dramatic images and video shots of a flypast to mark the opening of the new NATO HQ building in Brussels.

The flypast involved aircraft from nine different nations with 26 different types taking part, with the RAF contingent led by an A400M based at RAF Brize Norton.

Two Typhoon FGR4 took part in the ceremony – one from II(AC) Squadron and the other from VI(AC) Squadron currently based in Moray.

The building of a new NATO HQ began in 2010 with the opening ceremony taking place last week on May 25 – it replaces the original building build in 1967 at a time when NATO consisted of 15 member states – today it has 28.

Belgium’s King Phillipe and PM Charles Michel conducted the official handover of the building which cost over one billion Euro to complete, covers an area the size of 25 football pitches and will be home to around 4500 service and civilian employees.

Admiring the flypast from the ground was an array of state leaders including US President Donald Trump. While the opening ceremony went ahead as scheduled the building is not yet in full use and will not be so until after the summer due to delays in installing its computer systems.