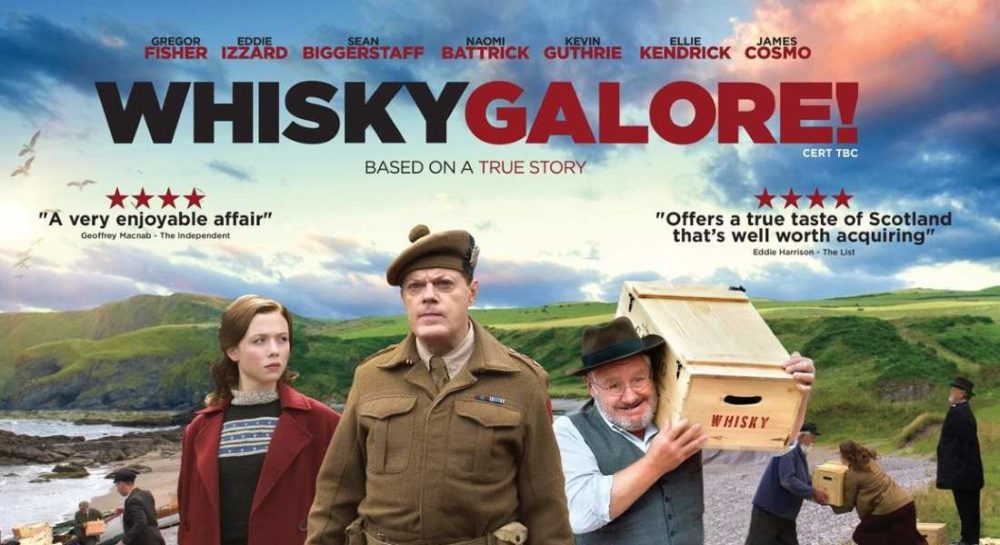 A GLIMPSE OF STARDOM was being underlined for a group of north east children over the weekend when they attended a special screening of the new ‘Whisky Galore’ movie in Elgin.

The Moray Playhouse was used for the showing of the classic remake – much of which was shot on the Moray Coast and featured several budding young actors from Moray.

Starring Eddie Izzard and Gregor Fisher, the movie hits the screens this week having been shot at various places throughout the north east and Highlands – but mainly around Portsoy.

Local youngsters were used in the production including Joseph Humphrey, an eight-year-old from Findhochty.

Joseph was joined at the preview screen by Buckie pair Hollie Smith and Kallum Aitchison, all joined by proud family members to see for the first time their brief but important roles in the remake of the classic.

Whisky Galore is the story of an actual event during the second world war when the SS Politician ran aground on the west coast of Scotland – with a cargo of 264,000 bottles of whisky.

It is hoped that the movie will provide a boost for the local economy much as the use of Pennan in the making of ‘Local Hero’ did in the 1980’s.