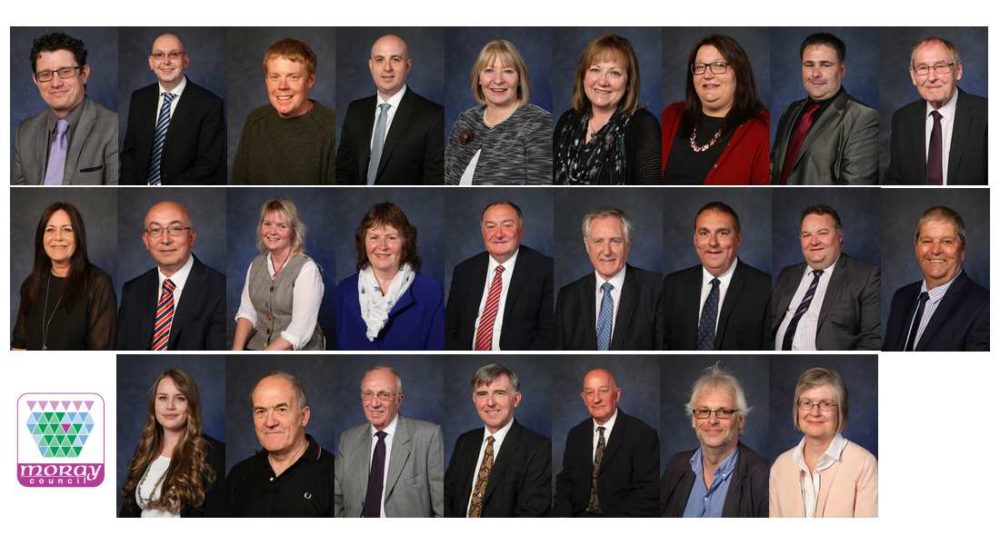 BUSINESS FINALLY OPENED at Moray Council a week later than planned this morning – with no major hiccups as the Conservative and Independent administration took control.

As predicted, Conservative leader James Allan took the chair after being elected unopposed as Convener, while his Independent colleague George Alexander was elected as Leader, again without opposition.

Two notable absences were Councillor Aaron McLean, the SNP member having had his appendix removed yesterday – best wishes were passed by all to the Forres member. Also missing was new Tory councillor for Elgin City South, Ray McLean, who it is understood is working offshore.

(Editor’s note – insideMoray did ask the new Administration group for a comment on the ongoing issues that Councillor Ray McLean’s absences may bring for such a closely balanced Council. While a Councillors’ external work does not debar his or her being a councillor, it is clearly of public interest to know what plans, if any, the new Administration has in place. No reply has been given.)

There was opposition to the new Administration group plan to reduce each of the main committees to 11 members from the previous 14. This went to a vote which was carried 13 to 10 in favour.

The committee Chairs and Vice Chairs were allocated as follows: