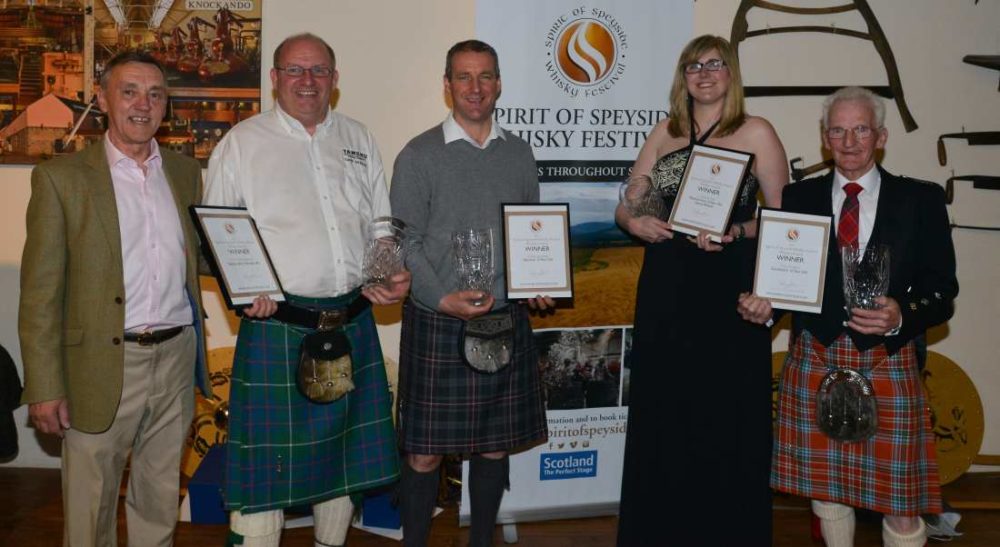 THE WINNERS HAVE been announced in the most hotly contested Spirit of Speyside Festival awards ever – and this year they have a global flavour.

Judging session took place in three international destinations as well as in Speyside with eight finalists having been voted on during a series of judging sessions.

These took place in Germany, Canada and the Netherlands as well as in Speyside in the run-up as well as during the Festival itself over the last week.

The winner of the 12-year-old and under category was Aberlour 12 – while the title for Malts aged 13 to 20 years went to Glenfiddich 15.

In the 21-year-old and over category Mannochmore 25 Special Release topped the poll – while in the non-aged statement Tamdhu Batch Strength 002 took top honours. The favourite whisky across the eight finalists was The Macallan 30 year old Sherry Cask, which was shortlisted in the 21 years and over category.

James Campbell, chairman of the Spirit of Speyside Whisky Festival, says, “Whisky recognises no boundaries and we were delighted to be able to hold judging sessions in Canada, Germany and The Netherlands this year, spreading the name of the festival further and complementing the tasting events in Speyside.

“This year saw the biggest number of votes cast with whisky lovers at home and abroad using their noses, knowledge and taste buds to vote on these Speyside drams. Well done to all our winners.”

The malts had previously been shortlisted by a panel of industry leaders, acclaimed writers and specialist retailers, while the awards were sponsored by coppersmiths Forsyths of Rothes, the company responsible for building many of the pot stills in which the shortlisted single malts were distilled.

The winners were announced at the whisky awards ceilidh held on Sunday at Knockando Distillery.

It is now hoped that the roving judging sessions will help introduce even more international visitors to the five-day annual Festival – which this year has comprised almost 500 different events from distillery tours to tastings – and encourage them to plan a visit in future years.

Overseas markets are a key area of growth for the Festival and the USA, Germany and Scandinavia have traditionally been very strong for visitor numbers, and organisers are keen to expand knowledge of the event in these regions.