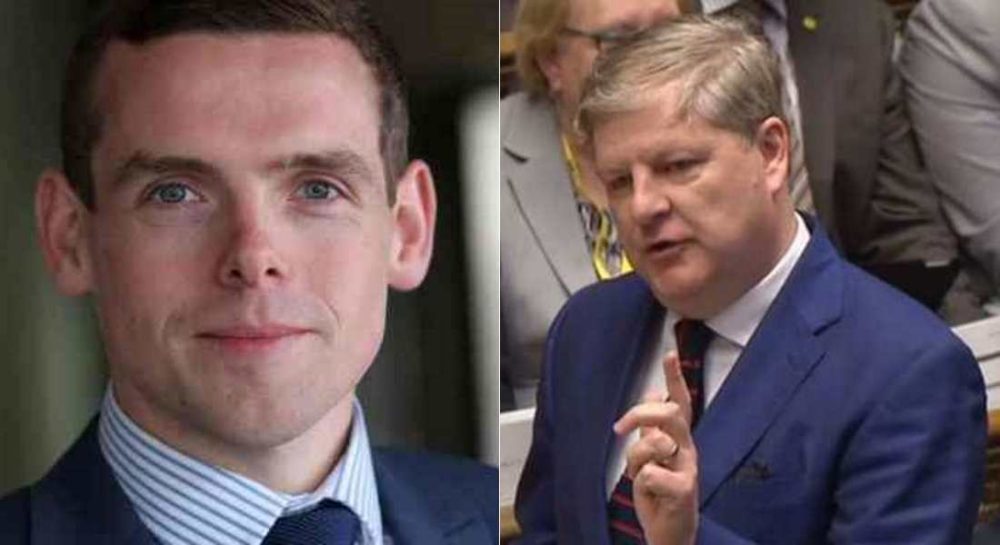 BACKING FROM THE former leader in Moray of the campaign to leave the EU for Angus Robertson has been categorised as ‘Fake News’ by Conservative supporters.

SNP supporters backing Mr Robertson in the June election have billed the support of Paul Briggs as a major coup – however, Douglas Ross has pointed out Mr Briggs’ past record as a critic of his SNP opponent.

Mr Briggs left his post as SNP Moray’s political education officer ahead of the Brexit campaign in Moray as he disagreed with SNP policy on remaining in the EU. Then earlier this year he told insideMoray that he intended to run as an Independent in the Elgin City South ward for Moray Council, having failed to be selected as an SNP candidate.

He said at the time: “It is time for local people to sort out the council, not career wannabe MPs or MSPs.”

At the weekend Mr Briggs told a newspaper: “I am still in favour of Brexit, but I will support Mr Robertson because he is the only person that can ask the prime minister the right questions and hold her to account on the promises made about fishing.”

Welcoming the support, Mr Robertson said: ““Regardless of the way people voted in the EU referendum, there is little support for the extreme and damaging hard-Brexit being pursued by the Tories.

“We were told that we could be inside the single market but outside the Common Fisheries Policy. But the UK Government has turned its back on that option.”

Last night Douglas Ross insisted that far from being a major boost for his opponent, the return to the fold of Mr Briggs was in reality “SNP supporter backs SNP candidate”.

He said: “It shows how worried the SNP are getting if someone they refused to have as a candidate in the local council elections is now being used to encourage people to support the SNP.

“Paul Briggs is of course free to support any candidate, but as a political education officer with the Moray branch of the SNP and a staunch supporter of Angus Robertson in previous campaigns, it’s hardly a shock.

“What is more surprising is the fact that the SNP thought they had to put out a press release saying SNP supporter, supports SNP candidate.

“What is clear is that people in Moray who voted leave won’t be fooled by this. They know the SNP want to ignore last year’s referendum result and with their plans for independence they want to take Scotland out of the United Kingdom and then take the country straight back into the EU.

“Instead we should be looking to get the best deal for Moray, Scotland and the UK from Brexit and that is exactly what I would do if elected as Moray’s MP next month.”