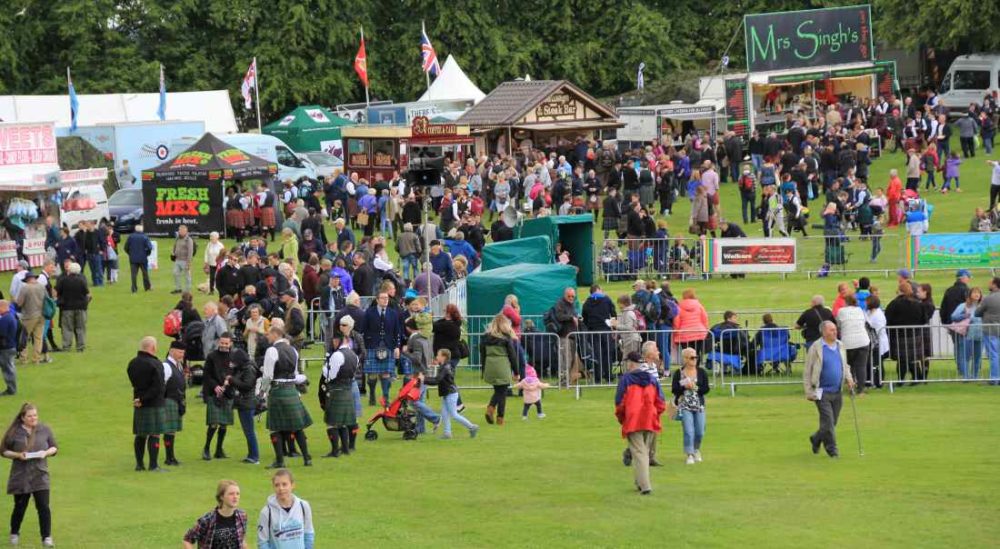 THE AGENCY CHARGED with promoting tourism in Moray has been celebrating their own figures indicating another record breaking year for the region.

Moray Speyside Tourism is the Destination Marketing Agency (DMA), existing to support the vital tourism commodity in the region which accounts for over £100million in the local economy.

Councillors were first to learn last week of the latest figures produced by the DMA – and yesterday they revealed just how far reaching has been the boost brought to the region by events such as last weekend’s Piping At Forres.

Total visitors to the region rose by almost 48,000 each year – with the number of days people remain in the region also up by 2.7%. Revenue was up a massive 11.2%, rising to almost £118million in 2016 – and that was reflected in the number of jobs generated through tourism, up almost 10% from the previous year.

Laurie Piper is the operations manager for Moray Speyside Tourism. Welcoming the figures, he said: “This excellent performance shows that Moray Speyside is giving its visitors what they want – a unique and unforgettable experience, whether for a short break, a staycation or a longer holiday.

“We need to capitalise on this great work, and continue working together across the region and beyond to develop our visitor market.”

Drilling down beneath the headlines, there is further encouraging news for the region’s tourism businesses with the data showing an increase in the value of spend in all sectors of the industry, from food and drink, to shopping, transport, recreation and accommodation.

While a great deal of credit for tourism is given to the whisky industry, it is the rise of events such as Piping at Forres, Colours of Cluny and the Findhorn Bay Arts Festival, as well as dozens of smaller events and attractions promoted by local communities around the region, that has helped boost Moray as a go-to destination.

Jo Robinson, VisitScotland Regional Director, said: “This growth in tourism spending in Moray Speyside is to be welcomed.

“Tourism is more than a holiday experience – it is integral to sustaining communities across the region by generating income, creating jobs and stimulating social change. Working in partnership with VisitScotland, the Destination Management Organisation for the region,

“Moray Speyside Tourism, has been working extremely hard to really put this region on the map for our visitors, through events such as VisitScotland Expo in April, where Moray Speyside had the largest number of exhibitors to date.

“There has also been a growth in events and festivals in the region, including Findhorn Bay Arts Festival, ‘Distilled’, Spirit of Speyside, Gordon Castle Highland Games and Piping at Forres which have all attracted visitors from around the world.

“There has also been a huge amount of investment in hotels in Moray Speyside in recent years, including The Dowans Hotel in Aberlour, The Station Hotel in Rothes and The Craigellachie. Moray Speyside’s reputation as a quality destination relies on continued investment and innovation to ensure that current provision meets future demand.”

Moray Speyside Tourism are tasked with delivering the Moray Tourism Strategy. The strategy, published in 2014, recognised that tourism is one of Moray’s key industries and aims to double the value of tourism to the Moray economy by 2025, to increase the number of employees sustained by the sector, and to raise the occupancy levels in both serviced and non-serviced accommodation.