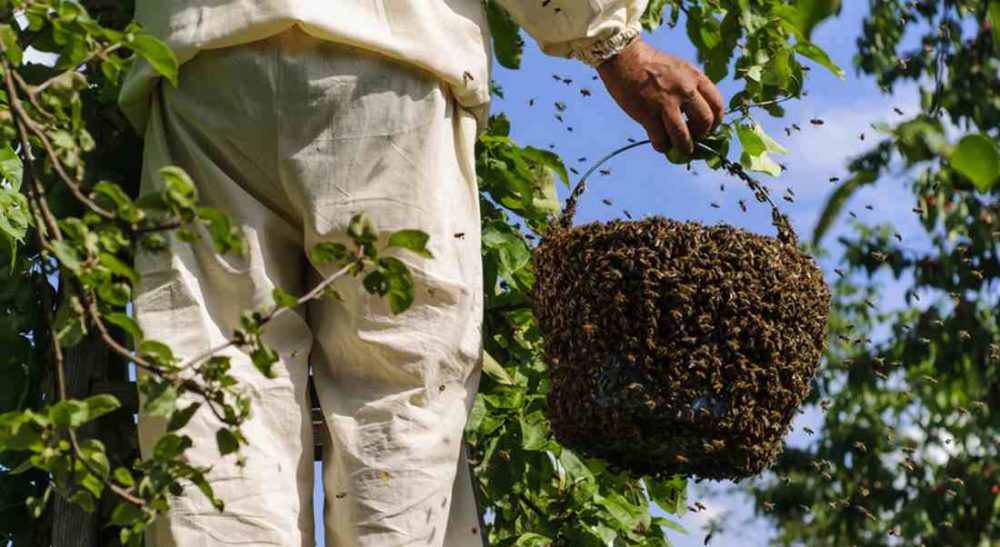 THE ANNUAL HORSE trials at Burgie always produce a bit of a buzz with the local equestrian community – but there was a buzz of a very different kind at the weekend event.

One of the jumps set up on Saturday in the arena at Blair Castle was discovered to have been made the home of a 2500-strong swarm of bees – forcing competitors and spectators to be evacuated from the area.

Competition on the opening day of the two-day trials had to be delayed by two hours as local Bee experts were called in to invite the uninvited guests to move on to more suitable accommodation.

“This was a new one for us – extraordinary, but we had very sensible advice and I did not hear about anyone getting stung,” event organiser Polly Lochhore said.

Former event secretary Lyn McFadzean was just about to set out on her round when the bees were discovered: “I was in the arena on my own horse and the bell had gone – we were coming to the first fence when the bell went again to tell us to stop.

“There was a huge swarm of bees in the trees on the corner of one of the wings of the showjumping arena – apparently there was a queen bee in residence and we were not allowed to move it, so a call was made to a local beekeeper.”

The bees were eventually removed and taken by the beekeeper to a new and much more suitable home.