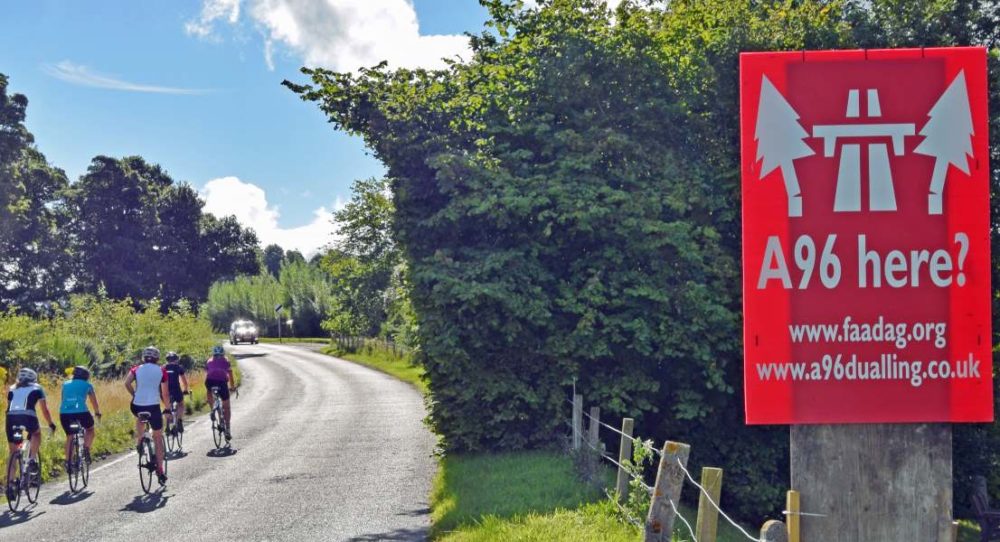 CONTROVERSY OVER THE track a newly dualled A96 might take through Moray has been removed as officials prepare to consult with residents over the preferred route.

Fears over a route that would have cut through peaceful countryside close to Pluscarden Abbey as the road cuts between Forres and Fochabers caused a number of protests to Transport Scotland.

Many said that slicing a route through the Pluscarden Valley would destroy one of the most peaceful parts of Scotland – and its appearance on the initial list of options sparked fury, not in the least from the Monks resident at the historic abbey.

Now ahead of the latest round of consultations taking place in Moray this week, Economy Secretary Keith Brown has said that the Pluscarden route was off the table. He said: “The initial route option development and early assessment work is now complete.

“This initial work has made clear that the options through Pluscarden Valley do not perform as well as other options – so have been ruled out at this early stage in the process.”

The £50million contract to dual the section of the road through Moray was awarded last year – with planners insisting that full consultation would take place before bulldozers move in. The round of consultation displays this week is the second stage of that process.

Mr Brown said: “We want to hear the views of locals and road users on the options being considered for the route – I would encourage anyone with an interest in this scheme to visit one of the exhibitions this week to give their views.”

The remaining route plans will go on show today and tomorrow (Tuesday) at the Elgin Town Hall from noon until 7pm before moving on to the Bellie Church Hall at the same times on Wednesday. It will then be set up at the Forres Town Hall on Thursday.