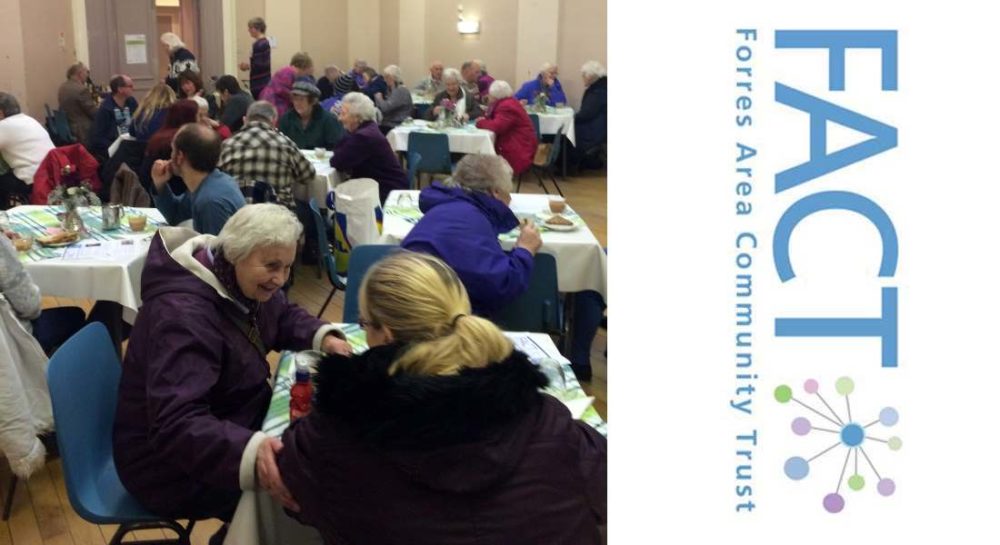 COMMUNITIES IN AND AROUND FORRES are being challenged to take part in a new befriending service that is being launched in the town this month.

An open invitation has been extended by the Forres Area Community Trust (FACT) to the launch of the new service – The Cameron Project.

FACT want to hear from people regardless if they are a Health or Social Care professional, an older person living in the Forres area or just people interested in become a Cameron’s Champion volunteer.

Leading the way on the project is Kirsty Williams, who is the Older Person’s project coordinator for FACT. She explained that the Cameron Project was named after local postman William Cameron, who left the residue of his estate to the Auchernack Trust who have funded the project.

Kirsty said: “This local befriending service is the first of its kind across Moray and aims to support older people living in the Forres area who would like to stay connected to their community.

“It is hoped that the Cameron Project will help Older People to access some of the many groups listed in the directory or provide companionship to those who feel isolated.

“Research shows that social isolation can be as harmful as smoking, so it is important to support Older People to stay connected to their community.”

The Cameron Project will be launched in the Red Room of the Forres Community Centre on Wednesday, June 28 from 2pm until 4pm, during which refreshments will be provided by Ray’s Opportunities Community Café.

For those interested but who are unable to attend the launch Kirsty can be contacted at the FACT office 1 Leask Road, Forres. 01309 674 388 or email kirsty@forresarea.org