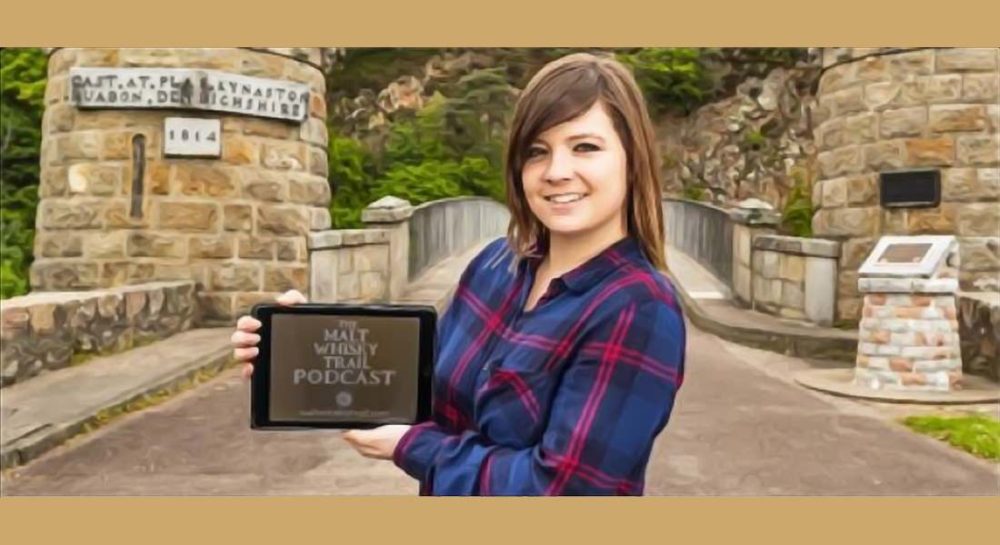 FATHER’S DAY IS being marked by the first of a series of ‘podcasts’ delivered to celebrate the opening of the world’s first and only Malt Whisky Trail®.

The podcast series will invite listeners to uncover the secrets of malt whisky country and hear for themselves some of the delights that await visitors to Moray Speyside.

An official route made up of nine locations that includes Benromach, Cardhu, Glen Moray, Glen Grant, Glenfiddich, The Glenlivet, Strathisla, Dallas Dhu, and The Speyside Cooperage, the Malt Whisky Trail® podcast will introduce listeners to the guardians of centuries of know-how and the craftspeople who make the whiskies.

The first episode being released on Father’s Day includes father and son William and Matthew Patterson from Dufftown who work at Glenfiddich Distillery. Family tradition runs strong at the distillery which was founded in 1886 by William Grant and is currently run by the fifth generation of his family.

The podcast is hosted by Speyside resident Samantha Staniforth, who works for The Malt Whisky Trail and originally hails from North Carolina.

“We wanted whisky lovers from across the world to be able to join us by tuning into our podcast for a taste of Malt Whisky Country whether you are in Speyside or San Francisco, or whether you are a whisky connoisseur or whisky curious.

“The Malt Whisky Trail® podcast will unlock the secrets behind Malt Whisky Country whose history goes back at least 250 years, introducing you to the guardians of centuries of know-how and the craftspeople who make the Speyside whiskies people love.

“What better way to showcase this tradition than by kicking off with our Father’s Day special featuring stillman William Patterson and his son Matthew, a maltman, who both work at Glenfiddich Distillery.

“Founded in the 1950’s The Trail takes in some of Scotland’s most famous distilleries and is made up of nine prime whisky industry locations, each in the heartland whisky region of Speyside. Moray Speyside is home to the world’s largest concentration of Scotch malt whisky distilleries and The Trail’s sites range from global brands to boutique producers.”

To listen to the blog and learn more visit The Malt Whisky Trail online.