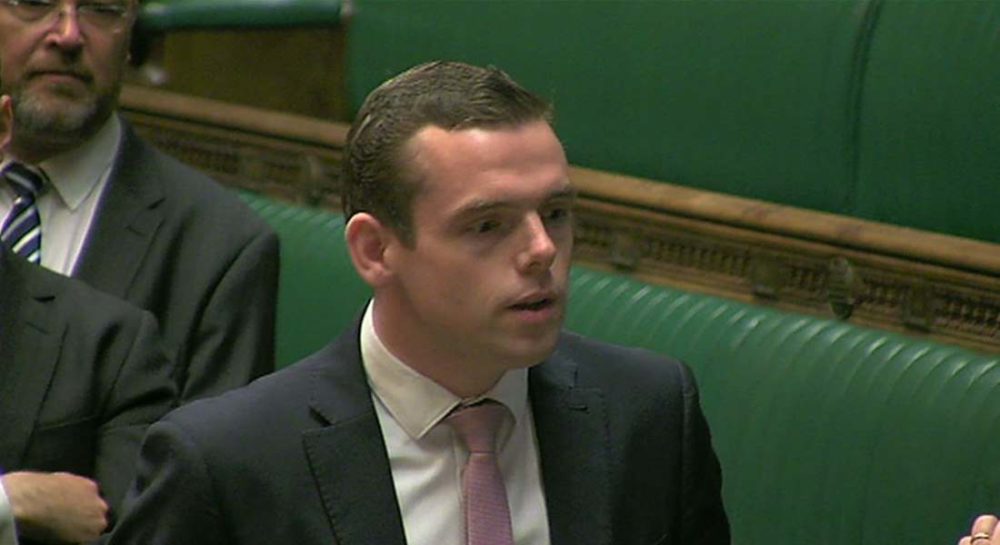 DOUGLAS ROSS WAS formally sworn in at a ceremony in the House of Commons on Thursday, so officially beginning his term as Moray’s Member of Parliament.

In just a little over a year he has moved from being a Moray Councillor to regional list MSP for the Highlands and Islands to the House of Commons.

Following the ceremony Mr Ross said that he felt honoured to have been elected to represent his home region, adding: “Walking into the Chamber and up to the dispatch box to take the oath was very special.

“I then spoke with the Speaker, signed some bits of paper and I can now take part in proceedings in the House. I promise that I will work hard and do my upmost to represent the interests of all of the people of Moray.”

“I feel very proud to be representing Moray and I am very grateful for this opportunity. To be able to promote and defend the interests of the area where I grew up and live is an honour.”

Acknowledging that his new role is a very different one from those he undertook in the Moray Council Chamber and Holyrood, he added: “I am very much looking forward to working with everybody in the constituency and being able to speak on both local and national issues in Westminster.”