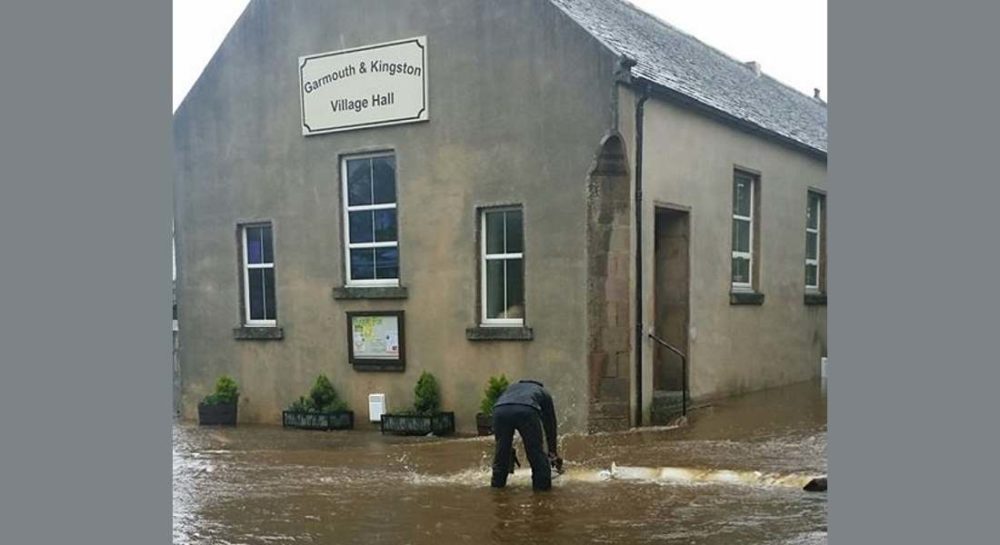 FLOODING FROM THE River Spey at Kingston and Garmouth has brought about a change of plan for voters in tomorrow’s general election.

The community was hit today after 36 hours of constant rain caused the river to burst its banks, cutting off the twin communities and, crucially, it is suspected to have flooded underneath the village hall.

That is where tomorrows polling station was due to be established – and brought about a quick change of venue today.

A spokesman for the local authority said: “The polling place will now be set up in the lounge of the Garmouth Hotel. The traditional polling place at the village hall is believed to have suffered underfloor flooding after the River Spey burst its banks during the heavy rainfall of the last two days.

“Polling will take place from 7am to 10pm and signage will be in place at the village hall redirecting voters to the hotel.”